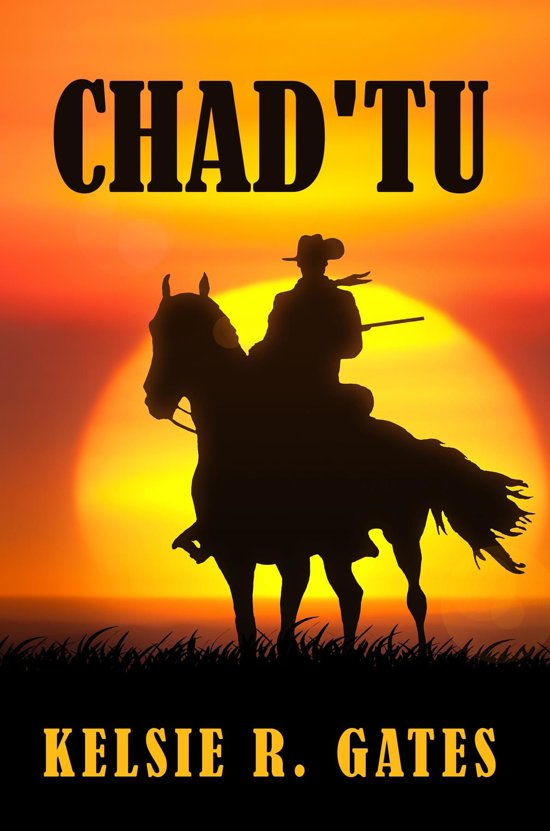 Lost from a wagon train headed west a ten-year-old boy is saved by an Indian from starving. The Indian having lest his family and son in a massacre, raises him as his own, giving him the name Chad'tu.


Several years later the Indian dies and Chad'tu is captured trying to steal a gunslingers horse. The gunslinger is also a well-known gunsmith. He teaches Chad'tu about guns and the ways of the white man, along with how to use a pair of Colt 44's.


Being young and for the swiftness of his Colts, he is talked into becoming sheriff of Tombstone by the articulate Mayor.


Almost shot by Indians while exploring, he quickly makes friends by speaking with his Indian tongue. He falls in love with his friend's sister. On an exploration of the Black Mountains, he discovers the place to build their ranch. He marries his love Jaydeen; they settle in a large valley of the Black Mountains and start a cattle ranch in Indian Territory.


Herding cattle, one day he discovers a starving wolf pup abandoned by its mother. With care and love, it grows into a huge grey wolf. They name the wolf, Track.


They are wondrously happy. Chad'tu returns one day to find the cabin in shambles and Jaydeen gone, abducted by unknowns.


With blood in his eye and killing on his mind, he sets to save his wife. From a fate for which he has no idea, only revenge, he rides on their trail followed by the wolf, Track.