Champion A Four Handicapper's Incredible Quest to Be Club Champion 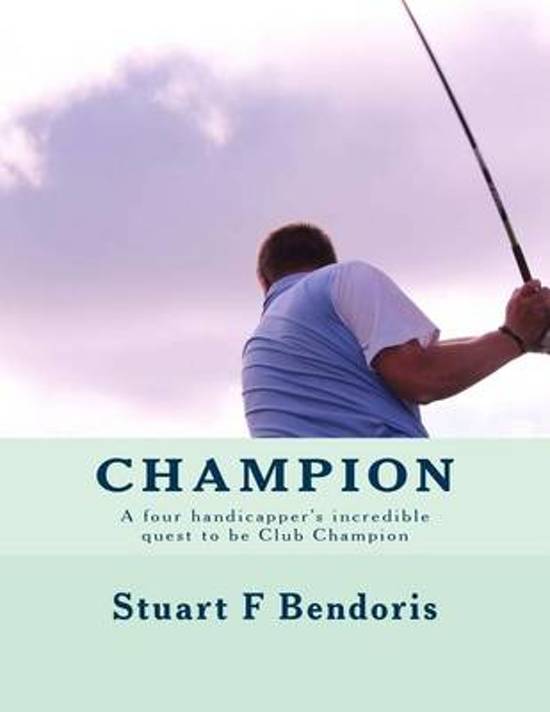 Very occasionally the golfing Gods allow the impossible to happen. We hit a shot that Tiger couldn't better, sink a massive putt or against astronomical odds hit a hole in one. But a former 15 handicapper winning the Club Championship at the eleventh oldest golf club in the World? It just doesn't happen, does it? Lying in bed in a Spanish apartment, winning his Club Championship is what Stuart Bendoris has decided he wants to do. It's his ultimate golfing ambition. However, the odds are stacked against him ever being CHAMPION of Leven Golfing Society. This is the incredible story of how he gave it a go... Reviews for Champion: - I found myself gripped by the suspense of the final few chapters. At times I had to pinch myself to ask how he was still in the game. - It made me laugh out loud on the train like a -freak - I could feel the tension and excitement as if I were there. - An inspiration to any golfers who doubt their ability and need some positivity. - A cracking read, a real page turner. - Brilliant read. Can't believe his photographic memory. - Made me cry a little. - The book is funny but you also feel the tension and are willing him on to win. - Thank God it's funny because apart from the words 'ball' and 'club' I didn't understand a word of the golf-speak - A great read, peppered throughout with lashings of ticklish humour.
Toon meer Toon minder