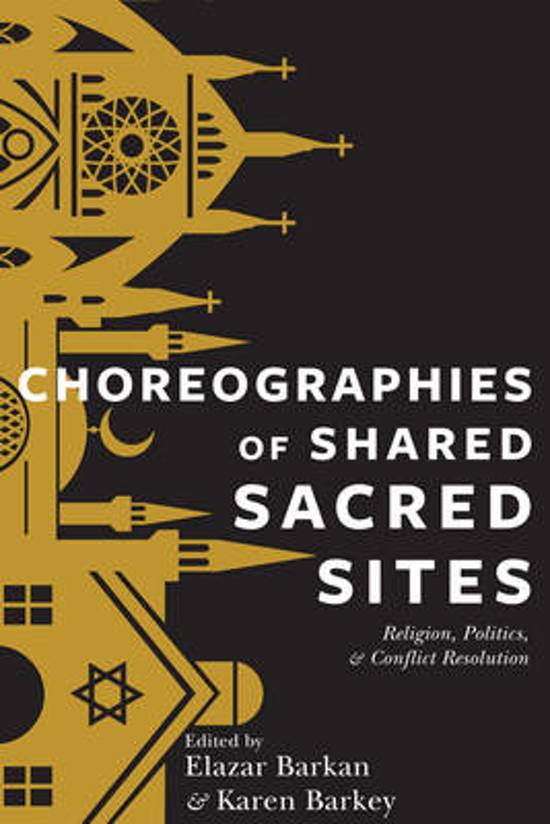 This anthology explores the dynamics of shared religious sites in Turkey, the Balkans, Palestine/Israel, Cyprus, and Algeria, indicating where local and national stakeholders maneuver between competition and cooperation, coexistence and conflict. Contributors probe the notion of coexistence and the logic that underlies centuries of "sharing," exploring when and why sharing gets interrupted—or not—by conflict, and the policy consequences.

These essays map the choreographies of shared sacred spaces within the framework of state-society relations, juxtaposing a site's political and religious features and exploring whether sharing or contestation is primarily religious or politically motivated. Although religion and politics are intertwined phenomena, the contributors to this volume understand the category of "religion" and the "political" as devices meant to distinguish between the theological and confessional aspects of religion and the political goals of groups. Their comparative approach better represents the transition in some cases of sites into places of hatred and violence, while in other instances they remain noncontroversial. The essays clearly delineate the religious and political factors that contribute to the context and causality of conflict at these sites and draw on history and anthropology to shed light on the often rapid switch from relative tolerance to distress to peace and calm.

A most welcome addition to the growing literature on sharing sacred spaces in the eastern Mediterranean, with special reference to practices of coexistence between Christians and Muslims in the Ottoman and post-Ottoman traditions. This collection goes beyond the dilemma of 'peaceful coexistence and syncretic practices' versus 'antagonism and conflict.' Contributions focus on interreligious relations during the transition from empire to nation and on present-day practices from Algeria to Turkey and from Bosnia to Cyprus and Israel/Palestine. They emphasize the role of political and religious actors in transforming antagonism into peaceful coexistence. -- Maria Couroucli, Centre National de la Recherche Scientifique, Laboratoire d'Ethnologie et Sociologie Comparative Sacred sites are ideally intimate possessions, inviolable and holy. Sharing them with other communities is like splitting an atom. This timely collection allows readers to examine the choreographies of theological politics and political theologies scripted to contain potential eruptions of violence, and these highly readable case studies will fuel discussions of the post-Ottoman era for many years to come. -- Charles Stewart, University College London Coming from a range of disciplines, the essays in Choreographies of Shared Sacred Sites are compelling for specialists in interreligious relations, conflict resolution and peace studies, and religious ethnography. They are also engaging and accessible to a general audience concerned with the related issues of pluralism, coexistence, conflict, and tolerance. Understanding the complexity of shared sites is essential to grasping the ways multiple religions jointly inhabit this plural world. A valuable and timely volume in a field critical to the present moment in history. -- Anna Bigelow, North Carolina State University
Toon meer Toon minder