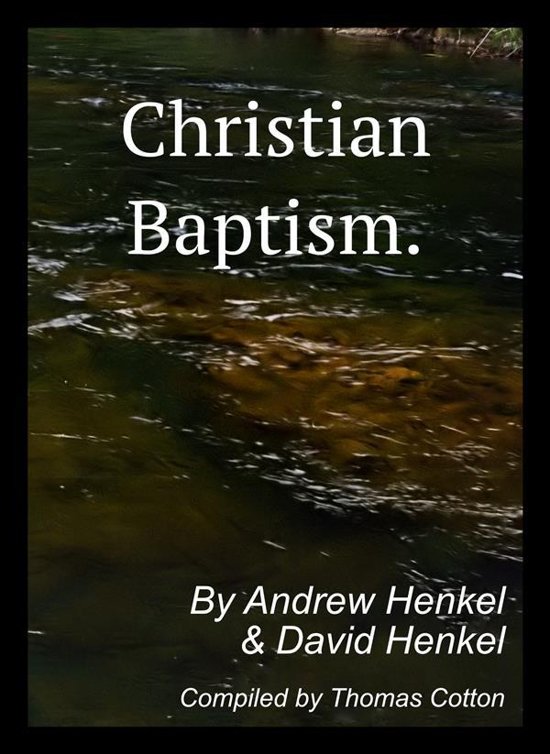 These three works on Christian Baptism were written by two Lutheran pastors, the brothers Andrew and David Henkel, two of the six sons of the noted Rev. Paul Henkel. Andrew Henkel wrote his Dialogue on Christian Baptism in 1865. It was written for the ordinary reader and as such he kept himself from using lofty language and chose rather to keep with plainness of speech. It received a warm recommendation by the Rev. D. Worly, who called it 'a strong weapon of truth against error in the hands of the humble Christian.' David Henkel was writing some forty years earlier, leading the charge of confessional Lutheranism in America. His treatise on Christian Baptism (1822) aroused some controversy as a Methodist preacher, the Rev. Joseph Moore, published a series of strictures against it. David rose to the occasion and soundly answered this attack with his "Answer to Joseph Moore' (1826.) David's answer shows him in full form, and has been cherished by many. It is with the hope of providing a simple, clear presentation and defense of Christian baptism in the Lutheran Church, that these three works are offered.