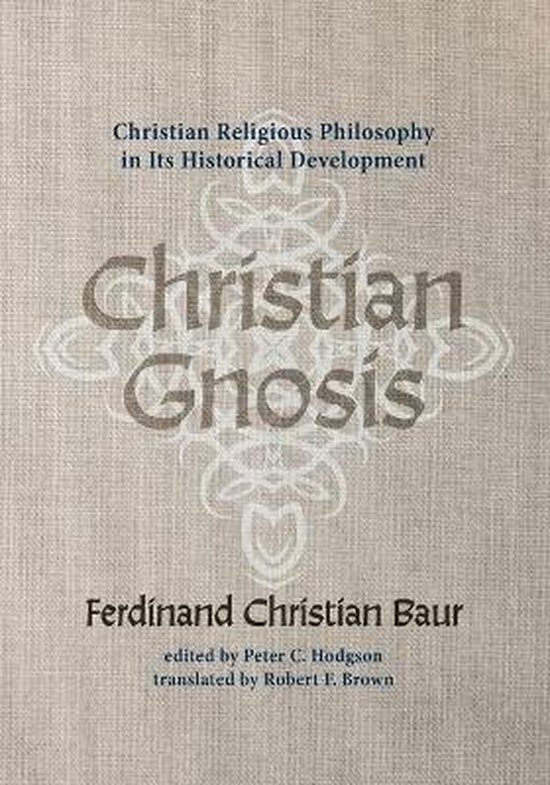 Baur published Die christliche Gnosis in 1835. It was his first great religio-historical study and the most important book on Gnosticism published in the nineteenth century. It is now recognized as having a pivotal status in Baur studies. In it Baur offers a unique thesis about a link between ancient and modern religious philosophy. Gnosis is a type of religious philosophy that contains ideas about the relationship between God, world, and human beings, as expressed in concrete religious traditions and practices. As such, it makes an important contribution to Christian theology. In the first part, Baur develops a concept of gnosis in dialogue with his predecessors and contemporaries. He classifies the gnostic systems in terms of how they conceive the relationship of Christianity to Judaism and paganism, and then describes them in detail (Valentinus, Ophites, Bardesanes, Saturninus, Basilides, Marcion, Pseudo-Clementines). Following transitional sections on the criticism of and reaction to gnosis in church history, the book ends with modern religious philosophy (Boehme, Schelling, Schleiermacher, and Hegel--Baur's first discussion of these major thinkers). This book was written over a hundred years before the manuscript discovery at Nag Hammadi, which awakened a lively interest in Gnosticism that continues to the present day.