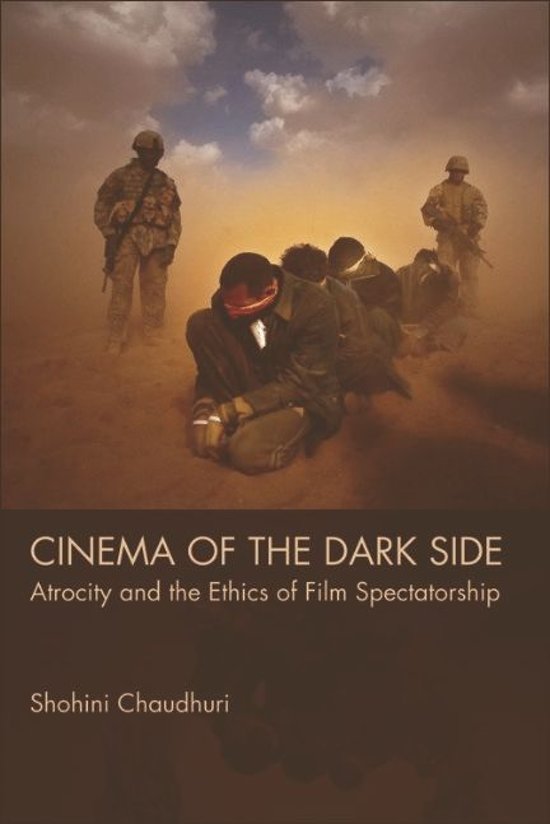 A ground-breaking comparative analysis of cinematic images of atrocity, combining critical perspectives on contemporary film and human rights.A few days after 9/11, US Vice-President Dick Cheney invoked the need for the USA to work 'the dark side' in its global 'War on Terror'. Cinema of the Dark Side explores how contemporary cinema treats state-sponsored atrocity, evoking multiple landscapes of state terror. Investigating the ethical potential of cinematic atrocity images, this book argues that while films help to create and confirm normative perceptions about atrocities, they can also disrupt those perceptions and build alternative ones. Asserting a crucial distinction between morality and ethics, it proposes a new conceptualisation of human rights cinema, one that repositions human rights morality within an ethical framework that reflects upon the causes and contexts of violence. It builds upon theories of embodied perception to offer a new perspective on the ethics of spectatorship, providing readers with fresh insights into how we respond to atrocity images and the ethical issues at stake.Covering a diverse spectrum of 21st century cinema, this book deals with documentary and fictional representations of atrocity such as state-sanctioned torture, genocide, enforced disappearance, deportation, and apartheid. It features close analysis of contemporary films, including Zero Dark Thirty, Standard Operating Procedure, Hotel Rwanda, Sometimes in April, Nostalgia for the Light, Chronicle of an Escape, Children of Men, District 9, Waltz With Bashir, and Paradise Now.

'Cinema of the Dark Side is a remarkably well-informed and conceptually sophisticated study. Theoretically informed by thinkers including Jacques Ranciere, Noam Chomsky, Zygmunt Bauman, Shoshana Felman, Dori Laub and Hannah Arendt, it also addresses Brechtian aesthetics, theorisations of the gaze, trauma theory and Levinasian ethics. Chaudhuri does all this with a clarity and authority that enables readers to engage with emotionally and intellectually difficult material, and the result is an essential read for anyone engaged in the study of contemporary cinema, neocolonialism, media ethics and human rights.' - Linnie Blake, Times Higher Education The book covers an impressive range of theory, geography, and film genres. Well written and researched, Cinema of the Dark Side offers a number of compelling close readings that illuminate an array of strategies available to filmmakers who work on violence... it will be particularly valuable in the undergraduate classroom, especially if the various chapters are used as starting points for conversations that explore ambiguities and multiple readings of the ethical dimensions of the films discussed. -- Nadia Yaqub, University of North Carolina at Chapel Hill, Society for Contemporary Thought and the Islamicate World Review Through a style both accessible and engaging, Chaudhuri tackles specific ethical challenges in conflict cinema whilst also raising larger questions around cinematic representations of atrocity...This book marks an important change in elucidating some of the complexities of atrocity narratives beyond the dominating political and social hegemonies. -- Teri Howson, Transnational Cinemas Cinema of the Dark Side is a very exciting addition to the human rights cinema canon. It presents the reader with a dense range of critical text, while impressively introducing new thoughts that could potentially move both practice and theory in a new direction. It is extremely well researched and argued, while simultaneously remaining accessible to a wide readership despite the complexity of the subject. It shows a respect and sensitivity to human dignity, which supports Chaudhuri's main argument for a more ethical yet critical form of human rights cinema. -- Reina-Marie Loader, www.cinemahumain.com
Toon meer Toon minder