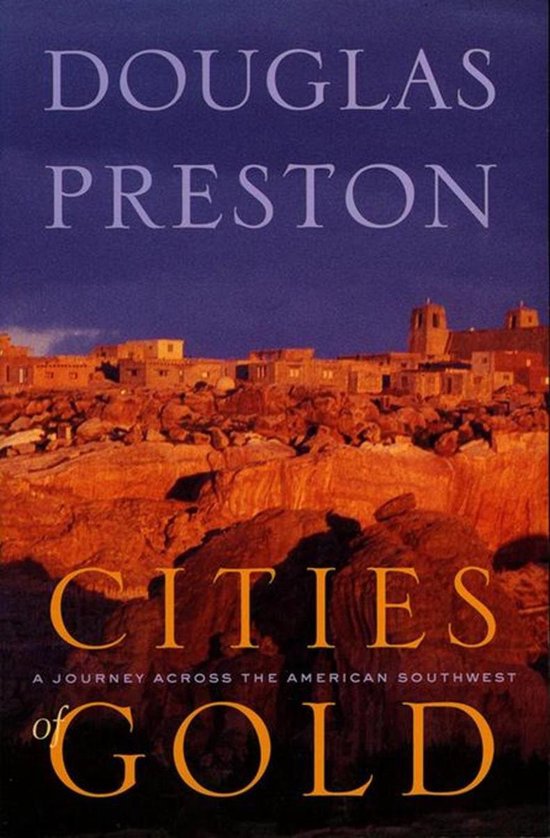 
The Old West's last glimmers flicker through this piercingly beautiful adventure, an unforgettable saga in which Preston, astride his horse Popeye, traverses the desert and mountain wilderness of Arizona and New Mexico retracing the trail-blazing 1540-41 expedition of Spanish Explorer Francisco Vasquez de Coronado in search of the legendary Seven Cities of Gold In place of the mythical winning of the West, Preston unfolds a harrowing tale of loss." Publishers Weekly


The entire book is a sheer pleasure to read." The San Diego Union-Tribune


A Blue Highways on horseback, well worth the trip." Kirkus Reviews


A riveting yarn, with as many turns as a switchback road." The Christian Science Monitor


A journey of historical importance." The New York Times


By setting out with a companion and four horses to track Coronado's army across a thousand miles of brutal desert and mountain country, from the Mexican border through Arizona and New Mexico, the author is ready to risk his life to try to see with his own eyes, as it were, that moment, 450 years ago, when the peoples of the Old World and New World first encountered each other' and quickly began the strife-torn redefining of America. Throughout the book, Preston intersperses the original reports and memoirs of Coronado's adventure with accounts of his own party's hard progress, making the centuries dissolve into a common, first-person, present-tense narrative. And along the way he records stories of the people and places he encounters, making brief excursions into mining booms and busts, the history of livestock ranching, the impact of barbed wire and windmills, the first mail routes, homesteading, the destruction of the Indian nations, and much more." Smithsonian Magazine


Douglas Preston is a journalist and author who has published twenty-six books, nonfiction and fiction, several of which have been #1 New York Times bestsellers. In addition to Cities of Gold he is the author of several books on Southwestern history, including Talking to the Ground and The Royal Road. Preston is the co-creator, with Lincoln Child, of the Pendergast series of novels, including Relic and The Cabinet of Curiosities-both of which were named in a National Public Radio listener poll as being among the 100 greatest suspense novels ever written. Preston's most recent nonfiction book, The Monster of Florence, is being made into a movie starring George Clooney. Preston also writes for the New Yorker magazine, the Atlantic and Smithsonian, and he taught nonfiction writing at Princeton University. He divides his time between Maine and New Mexico.


Walter W. Nelson began his creative career in 1967 and it has spanned a period of 40 years. He first explored the field of photography, traveling around the world, discovering spiritual places, deep landscapes, places of origin, experimenting with abstract colors and textures, always seeking the visual heart of existence in the desert, mountains, canyons, rivers, and cities of the world. He later branched out to painting and sculpture, and combined all three into an ever-expanding visual tapestry of mind and consciousness. My life and my art," N