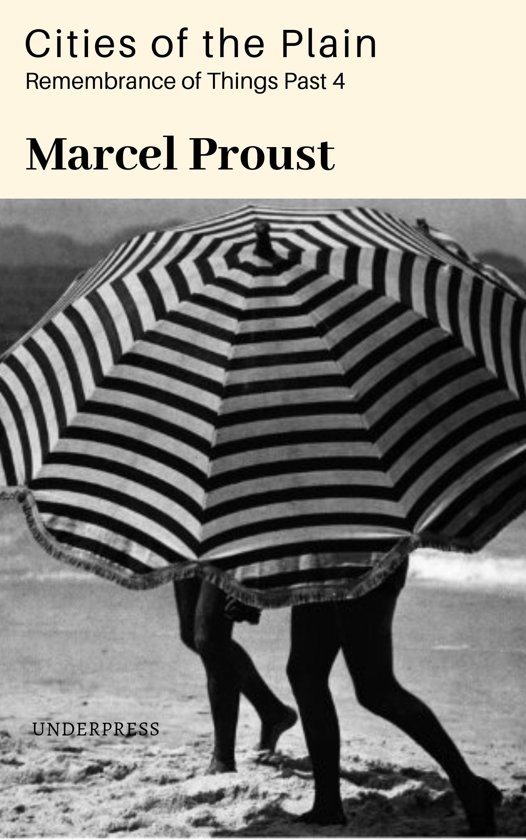 "Valentin Louis Georges Eugène Marcel Proust (/pruːst/; French: [maʁsɛl pʁust]; 10 July 1871 – 18 November 1922), known as Marcel Proust, was a French novelist, critic, and essayist best known for his monumental novel À la recherche du temps perdu (In Search of Lost Time; earlier rendered as Remembrance of Things Past), published in seven parts between 1913 and 1927. He is considered by critics and writers to be one of the most influential authors of the 20th century.

Sodom and Gomorrah (The cities of the Plain) opens a new phase of In Search of Lost Time. While watching the pollination of the Duchess de Guer-mantes's orchid, the narrator secretly observes a sexual encounter between two men. "Flower and plant have no conscious will," Samuel Beckett wrote of Proust's representation of sexuality. "They are shameless, exposing their genitals. And so in a sense are Proust's men and women . . . shameless. There is no question of right and wrong."