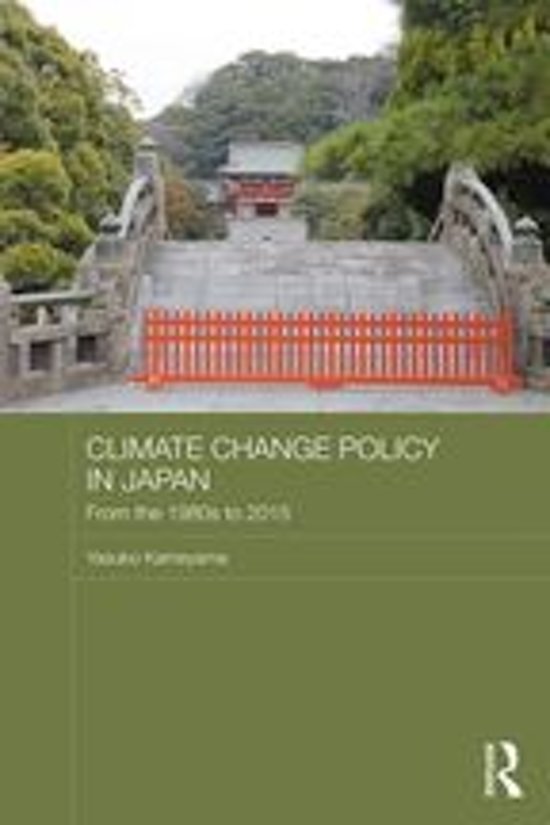 Amidst growing environmental concerns worldwide, Japan is seen as particularly vulnerable to the effects of a changing climate, with a large coastal population and frequent extreme weather events. This book analyses Japan's response to the climate change problem from the late 1980s up to the present day, assessing how the Japanese government's policy making process has developed over time. From the early days of climate change policy in Japan, through the United Nations Framework Convention on Climate Change conferences and Kyoto protocol, right up to the 2015 negotiations, the book analyses the environmental, economic and political factors that have shaped policy. As the 2015 Conference of the Parties to the United Nations Framework Convention on Climate Change projects forward beyond 2020, the book concludes by analysing how Japan has placed itself in the global climate change debate and how the country might and should respond to the problem in the future, based on the findings from accumulated history. This is the first book to explore Japan's climate change policy over three decades and will be of interest to students and scholars of Japanese Studies, comparative politics and climate change policy.
Toon meer Toon minder