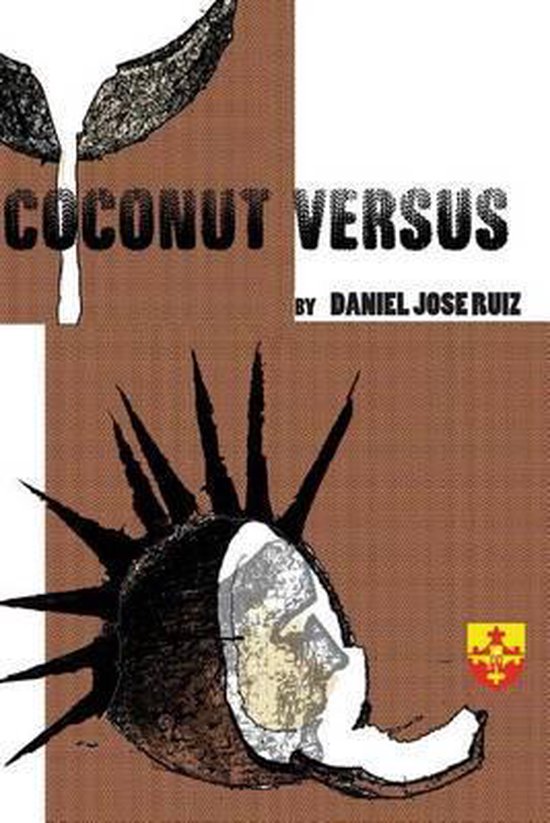 This book is published by Floricanto Press.Everyone calls Miguel Reyes a coconut, brown on the outside and white on the inside. Among his family in central California, he’s the too soft city-boy. His family try to teach him what it means to be a Reyes and to understand manhood and its value within a rural life. Miguel doesn’t always want to be a man by their often-conflicting definitions. In Arizona, he’s a brown boy in an upper-class, white neighborhood. He has no real friends as no one there seems to understand how someone could be brown without being poor. He spends most of his time alone or playing video games with his little brother Angel, yet Angel is already starting to excel past Miguel in all areas in which children are judged. Miguel falls in love for the first time, and he falls in love with a sport that provides an outlet for his growing anger, but then his growing anger is part of the problem. In Los Angeles, he’s a fake Mexican that speaks too good. He finds love, and he finds his place in high school as the guardian of the outcasts, but his desire to be a defender and alpha male simply causes more problems. In Irvine, CA, he’s a punk rock kid in a suburban paradise. His mother has also taken a position at the same college, and Miguel attempts to reconcile his working-class mythos with his parents’ expectations. In the Inland Empire, CA, he is best friends with a local legend, Scott, and Miguel meets the love of his young life, Sunshine. Scott also loves her, and Miguel must navigate his feelings but also the realities of the ownership inherent to the world’s accepted definition of love. Miguel builds a life there, one that is defined by himself rather than others.
Daniel Ruiz, in taut and urgent prose, that often takes your breath away, (like a punch to your gut), reveals the often turbulent life of Miguel Reyes as he navigates his way from confused child to manhood. With a cast of characters ranging from fierce to loving to humorous, Ruiz has given us an essential bildungsroman befitting America in the 21st Century. —Bruce Bauman, author of the novels And the Word Was and Broken Sleep
Coconut Versus is a coming of age story that brims with energy and originality as it travels across modern, millennial California. Daniel Ruiz uses his ample gifts as a writer and observer of his generation’s longings to spin tales of love, rage and self-knowledge that are intelligently and passionately told. —Héctor Tobar, author of The Barbarian Nurseries and the New York Times bestselling Deep Down Dark.
Daniel Jose Ruiz, an educator and writer from Los Angeles, was born in Texas, and moved all over, living all over Northern California, Southern California, and Arizona.. He is a graduate of the CalArts MFA program in Creative Writing, and he was insanely fortunate to study under some wonderful people like Steve Erickson, Bruce Bauman, and Jen Hofer. He also went to school with some real rock stars like Dante Zuniga-West, Joseph Milazzo, Bradley Powell, Sara Finnerty, Anne-Marie Kinney, Laura Vena, and Janice Lee, among others. He is also damn lucky to have learned how to write in the very beginning from his best friend and poet, Scott Creley. He earned both his BA and MA in English from UC, Irvine. He is a tenured Professor of English at Los Angeles City College; he’s damn proud to be there. He loves his job, and he feels honored to serve so many wonderful people. He is married to the completely under-appreciated visual artist Flavia Zuniga-West-Ruiz, and he is the father of the undeniably adorable Prometeo.
Toon meer Toon minder