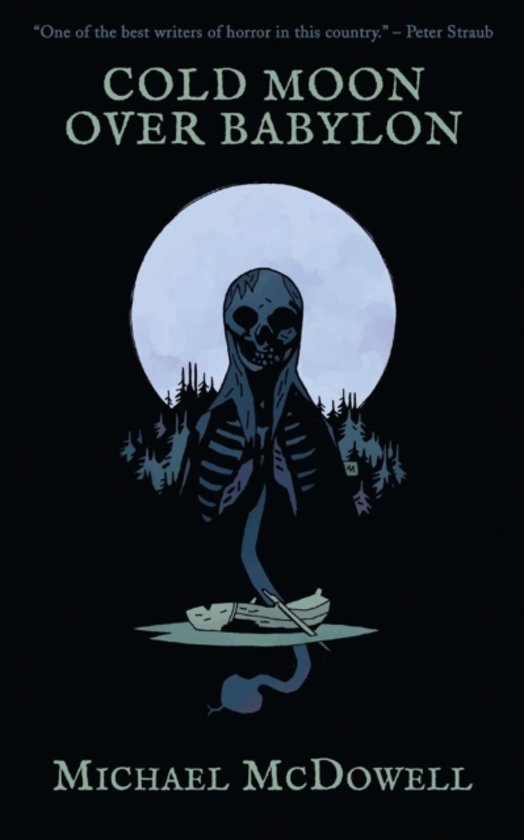 "The finest writer of paperback originals in America." - Stephen King
"Readers of weak constitution should beware." - "Publishers Weekly"
"McDowell has a flair for the gruesome." - "Washington Post"
Welcome to Babylon, a typical sleepy Alabama small town, where years earlier the Larkin family suffered a terrible tragedy. Now they are about to endure another: fourteen-year-old Margaret Larkin will be robbed of her innocence and her life by a killer who is beyond the reach of the law.
But something strange is happening in Babylon: traffic lights flash an eerie blue, a ghostly hand slithers from the drain of a kitchen sink, graves erupt from the local cemetery in an implacable march of terror . . . And beneath the murky surface of the river, a shifting, almost human shape slowly takes form. Night after night it will pursue the murderer. And when the full moon rises over Babylon, it will seek a terrible vengeance . . .
"Cold Moon Over Babylon" (1980), the second novel by Michael McDowell (1950-1999), author of "Blackwater" and "The Elementals" and screenwriter of "Beetlejuice" and "The Nightmare Before Christmas," is a chilling Southern Gothic tale of revenge from beyond the grave that ranks among his most terrifying books. This first-ever reprint features deliciously creepy new cover art by Mike Mignola.
Toon meer Toon minder