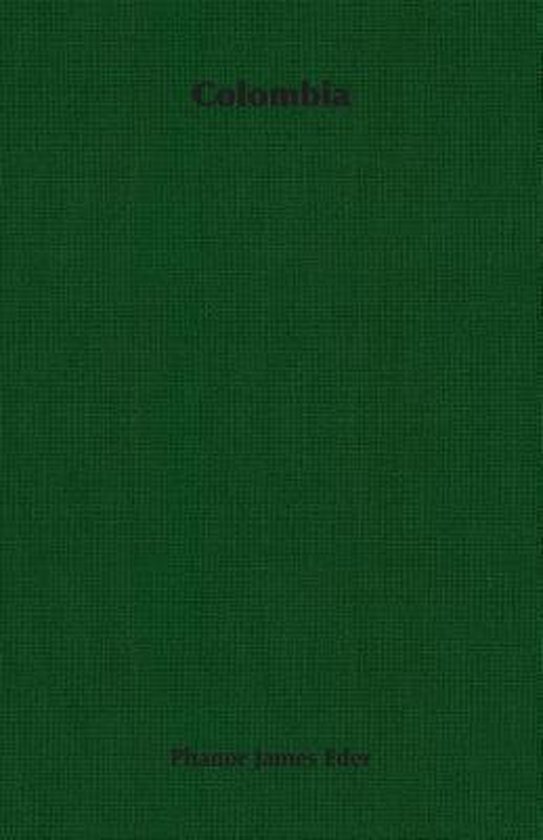 Text extracted from opening pages of book: COLOMBIA BIT i'HANOU JAMKS KDER WITH 40 IU. I-THAT1OW* ANO 2 MAW T. FISHKR UN WIN LONDON: ADELPHI TKRRACK IJJl' H:: IN8ELSTRASSE ao m TO ME Y I* 1 A T H K U I'lONKKU OF IN COU> MIUA PREFACE THOUGH, by virtue of the possession of literary abili ties to which I can lay no claim, or by longer residence in that hospitable land, there are others better fitted to write on Colombia, yet I do not believe there is any foreigner who has had the oppor tunities that have been presented to. me in the course of my practice for coming into such close touch with so many different spheres of activity in widely scattered parts of the country. United by ties of birth, family, friendships, and business relations to Colombia, and consequently appreciating, I hope, the native point of view, and at the same time being aware of the attitude of the Northerner, I felt that in undertaking this book for the South American Series I could render a double service a service to the Colombians in sympathetically interpreting; their country, to the Anglo-Saxons, and a service to the English and American business man, interested actually or potentially in Colombia in setting before him a true picture of what he wants to know. If I have succeeded in keeping up to, the high standard set by the authors of the other volumes in the South American Series and in presenting a true, fair, and sympathetic general picture of present day commercial and industrial conditions in Colombia, I shall deem myself well rewarded for the time snatched from my professional and leisure hours. For there, is so much extant in print that is utterly misleading, so much that is utterly untruthful, and solittle that strikes the just medium between glowing panegyrics that read like a promoter's pros pectus on the one hand, a, nd ignorant, unsympathetic abuse and the worthless impressionism of shallow journalists on the other, Colombia is neither a land where gold grows on coffee-trees/' where children play with nuggets picked up on the streets/' where therq are ready-made fortunes tOi be picked up for the asking nor a country reeking with disease and swarming with revolutionary bandits, swash buckling generals, and reckless demagogues/' as stock salesmen or embittered adventurers would have us believe. The foreigners best qualified to speak usually remain silent. Mindful of the fact that it is in general presumptuous for a man to speak of a coun try not - his own, and especially aware of the sensi- tiveness of the Latin American to criticism, realizing how irrevocable is the printed word, how deleterious to, their own personal interests frank speech may be, how readily their motives may, be questioned and their views misunderstood, they often lack the courage to step forward, the courage to make the mistakes of fact and of judgment that inevitably creep into any book, and the courage to expose themselves to, attack and hostile criticism; And yet it is a burning necessity that peoples learn to know one other, and Colombia, perhaps above all Latin countries, has suffered from being misunderstood. Colombia is not an opera botiffe country, nor a country all of jungles, fevers, wild beasts, and savage Indians, where one is exposed to death instanter-No, it is rather an ordinary flesh-and-bloo. d country of happy and unhappy homes and families and of daily business routine. H. ere are peoplewho . work their plantations, who min, e the bowels of the earth? and wash the rivftr sands, who, hew down forests, who have their shops, who paint pictures, sing song; s, make books, publish newspapers, who are earnestly engaged in attempting to solve their political, economical, ecclesiastical, and other national problems, even as are the British, or the Americans, or the Canadians, or the French, or the Germans. They may go, to church more or to school less than other peoples, their population may be scanty, their science of government not perfected, their lower
Toon meer Toon minder