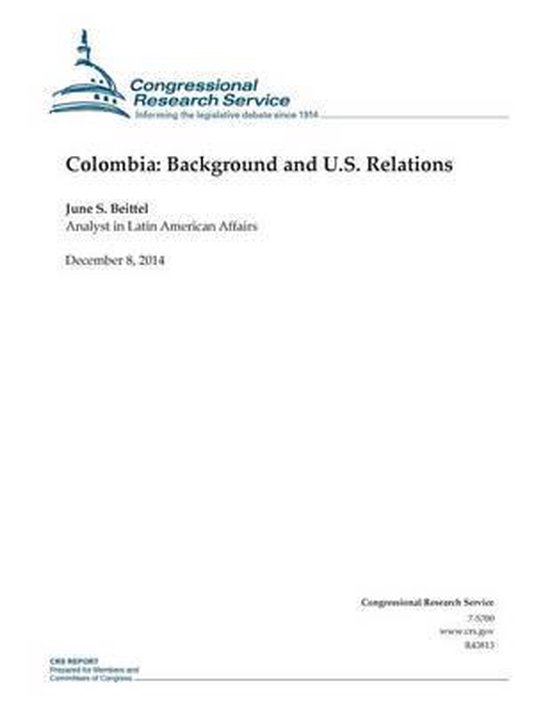 Colombia is the third-most-populous country in Latin America, with roughly 47 million inhabitants. A key U.S. ally in the region, Colombia has endured an internal armed conflict for half a century. Drug trafficking has fueled the violence by funding both left-wing and right-wing armed groups. In the late 1990s, some analysts feared Colombia would become a failed state. The Colombian government defied that prediction, however, at least partly by closely cooperating with the United States through a security strategy known as Plan Colombia. Focused initially on counternarcotics, and later counterterrorism, Plan Colombia laid the foundation for a strategic partnership that has broadened to include sustainable development, human rights, trade, regional security, and many other areas of cooperation. The evolution of the partnership took place in tandem with increasing Colombian investment in its own security programs. Colombia succeeded in reestablishing government control over much of its territory, reducing poverty and homicide rates, and making significant progress in combatting drug trafficking and terrorism. The government’s long-term strategy has moved from a policy of defeating insurgents in combat and consolidating its gains with its “whole-of-government” approach, to a new stage of preparing for the post-conflict period. Despite significant gains in citizen security and economic stability in Colombia, some observers continue to raise concerns about human rights conditions in the country. Current President Juan Manuel Santos, first elected in 2010, launched peace talks in 2012 with the Revolutionary Armed Forces of Colombia (FARC), the country’s main leftist insurgent group and Latin America’s oldest, largest, and best financed guerrilla organization. Although previous negotiations with the FARC had failed, this effort has endured. The FARC-government talks, which opened in Norway, have continued in Cuba for 30 rounds. As of November 2014, the negotiators have resolved three topics on a six-point agenda. Remaining issues include victims’ reparations, disarmament and transitional justice, and how the final agreement will be approved, verified, and implemented. In November 2014, the talks were temporarily suspended by the Santos government when the FARC captured a Colombian general and two others. Santos had stated that the talks would not resume until the captives were released, which occurred in late November. President Santos won reelection in a closely fought runoff race in June 2014 by making completion of peace talks his central campaign promise. Colombia held legislative and presidential elections in March and May 2014, which concluded with the June presidential runoff. Former President Álvaro Uribe (2002-2010), who opposes the peace talks and is a fierce critic of President Santos, started a new opposition party, the right-leaning Democratic Center. Uribe ran for and won a seat in the Colombian Senate leading his party to a strong showing in both houses of Congress. Many observers saw the presidential elections as a referendum on the peace talks. At his inauguration in August 2014, Santos declared Peace, Equality and Education to be the three pillars of his second term.
Toon meer Toon minder