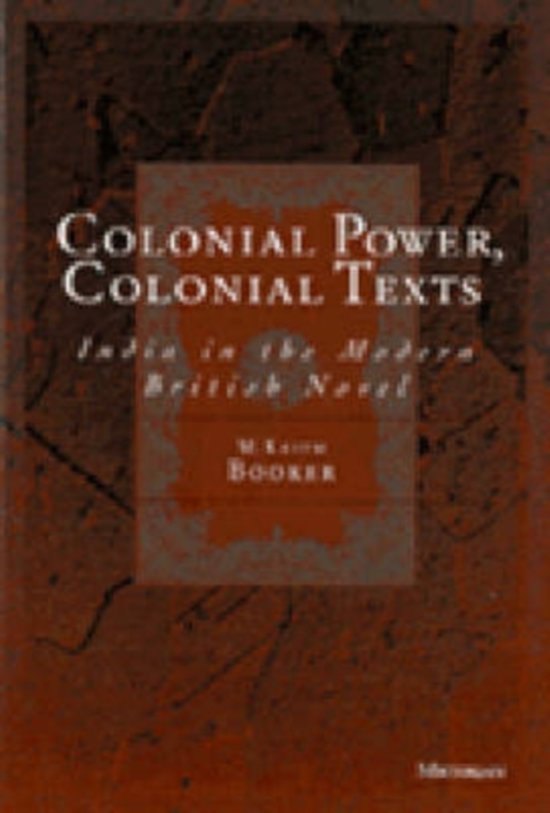 Half a century after the Raj, India retains a major place in the British imagination. In Colonial Power, Colonial Texts, M. Keith Booker examines a number of British novels that deal with colonial rule in India in the first half of the twentieth century. The works discussed--by authors such as Rudyard Kipling, E. M. Forster, George Orwell, Paul Scott, and J. G. Farrell--date from both the colonial and postcolonial periods, and Booker pays attention as well to representations of India in both British and American popular culture, especially film. These various cultural texts open multiple viewpoints on the role of literature in the British vision of India and the role of India in the British conception of literature. Drawing particularly on the work of Georg Luk cs and Fredric Jameson, Booker focuses on the treatment of British colonial power in these fictions as that treatment indicates how colonialism and decolonization participate in a larger historical process of modernization. The author uses a Marxist model of bourgeois cultural revolution to illustrate the ways these texts engage in productive exchanges with their historical context. Colonial Power, Colonial Texts will be of particular value to those who study the role of culture in colonialism and anticolonial resistance, as well as to students and scholars of modern British literature and culture. M. Keith Booker is Associate Professor of English, University of Arkansas.
Toon meer Toon minder