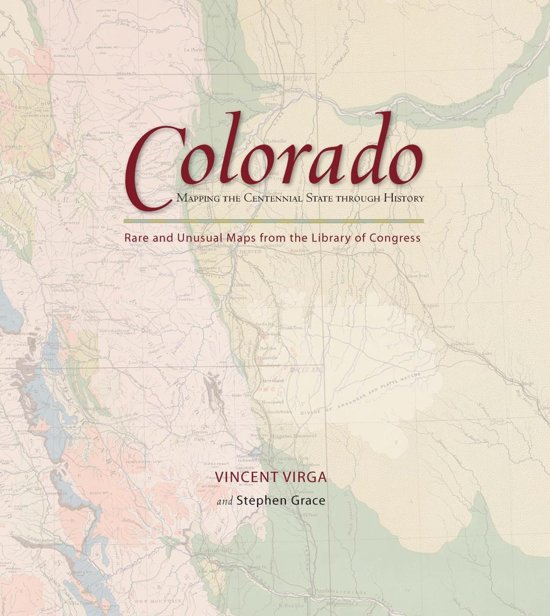 In a sense, the State of Colorado was born not on August 1, 1876—when President Ulysses S. Grant signed a proclamation admitting it to the Union as the thirty-eighth state—but on the day this great land was first depicted on a map. Over the centuries, each such map has become yet another precious link not only in the history of the state, but also in the ever evolving "Colorado" as imagined by its residents and, more broadly, by the rest of America. Colorado: Mapping the Centennial State through History provides a fascinating journey into the past of the Centennial State through gloriously detailed maps from the Library of Congress. Edited and with a foreword by renowned photo editor and author Vincent Virga, it also includes compelling historical essays by Colorado writer Stephen Grace. Together, these further weave the visually stunning cartographic record into a drama of settlement and change.


Mapping States through History is the first series to assemble—in full color, state-by-state���an in-depth collection of rare, historically significant maps of the cities, states, counties, towns, and events that make up each of America's fifty states. Produced in collaboration with the Library of Congress, it offers an extraordinary glimpse into the history of the United States through the maps and their narrative captions, as well as Vincent Virga's foreword and historical essays by local writers. Each map thus becomes a virtual time machine that tells us much about the places we live in today.