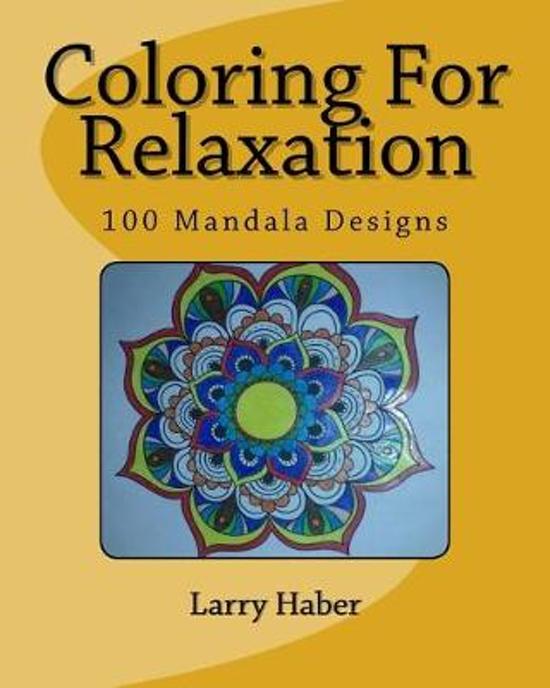 100 Mandala Designs for Coloring Relaxation.Coloring books for adults hit the headlines of most international news sources around the middle of 2015, but the overnight sensation was anything but that. Also known as “coloring books for grown-ups”, coloring books first blipped on Google.com’s radar as a therapeutic activity back in December of 2010. It’s rumored that the French got crazy about coloring books as long ago as 2008 - which in Internet terms, is a long time ago!In 2015, the tidal wave hit. The UK’s Guardian newspaper, USA Today and The New York Times all started running stories that focused on the new trend. CNN announced that adult coloring books were topping the bestseller lists, and shortly afterward, Entertainment Weekly advised readers to “dust off your crayons: Adult coloring books are here.” So, why the sudden interest in adult coloring books? And why now? Well, it seems that coloring helps relieve stress, and we are living in a time of great stress. With constant changes in our roles in the world, how we view ourselves, and the frantic pace at which technology is developing, it probably comes as no surprise that a mindful, meditative task that focuses on repetitive movements helps relieve stress. Of course, it could also be attributed to the fact that a lot of people wish they could paint or draw and exquisitely illustrated coloring books allow them to mimic painting and drawing with attractive results.The back and forth motion of coloring engages both sides of the brain, while turning off the part of the brain responsible for situational awareness (the frontal lobe). This goes some way to explaining why it can be so relaxing. the idea’s roots in Buddhist culture, where monks were known to draw mandalas with colored sand. When the image has been completed the sand is removed, symbolizing the transitory nature of existence. Mandalas remain one of the most popular coloring images, as they are intricate in nature and present the opportunity to interpret the colors in an individual way. Other popular images include cityscapes, buildings, plants, flowers and animals.This book contains 100 images for your coloring pressure, get it now!
Toon meer Toon minder