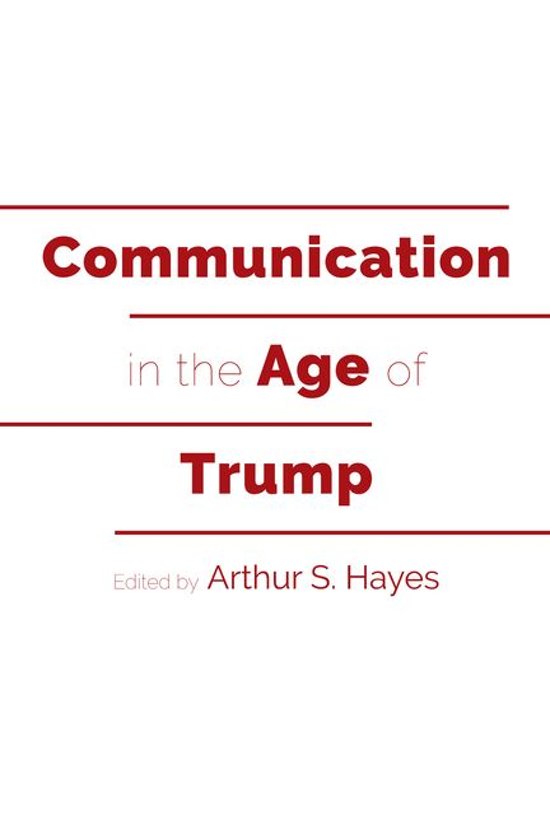 Franklin Delano Roosevelt used radio fireside chats to connect with millions of ordinary Americans. The highly articulate and telegenic John F. Kennedy was dubbed the first TV president. Ronald Reagan, the so-called Great Communicator, had a conversational way of speaking to the common man. Bill Clinton left his mark on media industries by championing and signing the landmark Telecommunications Act of 1996 into law. Barack Obama was the first social media presidential campaigner and president. And now there is President Donald J. Trump.


Because so much of what has made Donald Trump's candidacy and presidency unconventional has been about communication—how he has used Twitter to convey his political messages and how the news media and voters have interpreted and responded to his public words and persona—21 communication and media scholars examine the Trump phenomenon in Communication in the Age of Trump. This collection of essays and studies, suitable for communication and political science students and scholars, covers the 2016 presidential campaign and the first year of the Trump presidency.