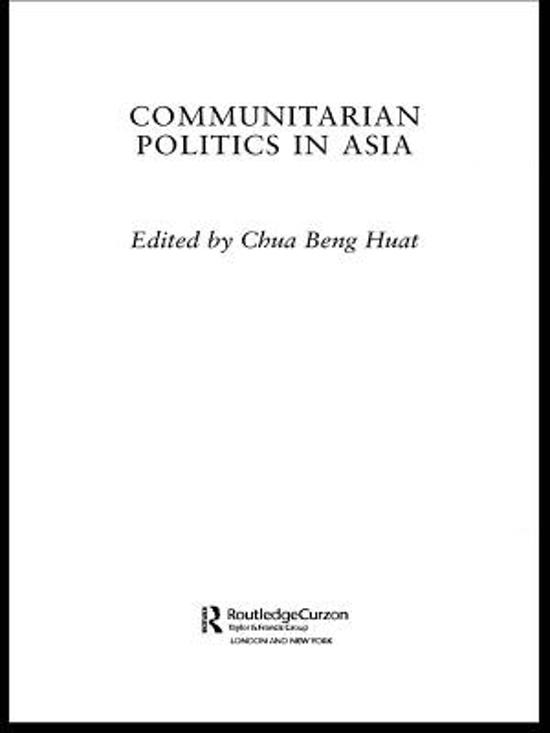 With the collapse of European socialism in the late 1980s, ascendancy of the liberal capitalist democracy and individual self-interest became prevalent in the West. In contrast, many polities in Asia, both by tradition and choice, have explicitly adopted communitarianism as a national ideology, for example Confucianism in Korea, Hong Kong and Japan, Islam in Malaysia and the Panca Sila in Indonesia. Here, communitarianism arguably informs public policies and political practices and the concept of the 'social' in terms of responsibilities and collective welfare is preserved.


Communitarian Politics in Asia examines instances in southeast and east Asian countries where communitarianism is both articulated as national ideology and embedded as the ethos of social life and assesses the relative merits of a set of practices in their respective local political context. The book not only augments existing international debate on liberalism and communitarianism but also provides empirical examples of communitarian political practices that will substantiate and/or refute conceptual points, such as redistributive justice and costs to individuals, in this ongoing debate.