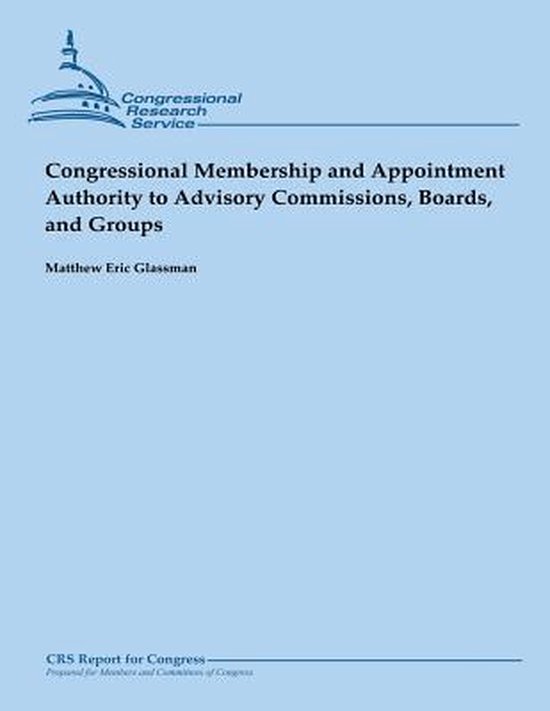 Over the past several decades, Congress, by statute, has established a wide array of commissions, boards, and advisory bodies to provide it with assistance in meeting various legislative, investigative, and administrative responsibilities. Some of these entities are temporary and created to serve specific functions, such as studying a discrete policy area or performing one-time tasks. Others are permanent, serving an ongoing purpose, such as overseeing an institution or performing a regular administrative function. The majority of these congressional bodies provide that members of Congress, particularly the leadership, be intimately involved in the appointment process, either through direct service on a commission, or by appointing or recommending candidates for membership. The choice of a particular mechanism for membership appointment may have implications for the ability of these entities to fulfill their congressional mandates. Examination of the statutory language creating these bodies reveals several common approaches to membership selection. Each alternative schema has its advantages. A commission or board composed entirely of members permits a high degree of congressional control over the entity’s operations. Bodies composed mainly of qualified private citizens or executive branch appointees may provide a broader expertise than member-only bodies. Assemblages of mixed membership provide some of the advantages of both member and citizen only appointment schemes. This report contains a compilation of commissions and boards that demonstrates the range of alternative membership-appointment structures. It includes any statutorily created advisory entity (boards, advisory panels, etc.) whose membership scheme mandates the participation of members of Congress either as potential members or as participants in the process of appointing the membership. For each entity, information on the purpose, duration, appointment structure, and term of appointment is provided. Finally, information on the involvement of members of Congress in the appointment process is presented in a series of tables.
Toon meer Toon minder