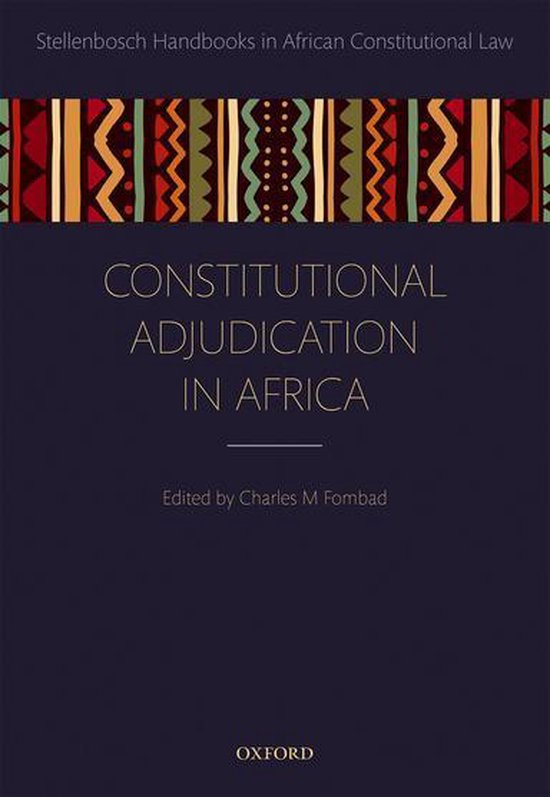 Since the 1990 wave of constitutional reforms in Africa, the role of constitutional courts or courts exercising the power to interpret and apply constitutions have become a critical aspect to the on-going process of constitutional construction, reconstruction, and maintenance. These developments appear, at least from the texts of the revised or new constitutions, to have resulted in fundamental changes in the nature and role of courts exercising jurisdiction in constitutional matters. The chapters in this second volume of the Stellenbosch Handbooks in African Constitutional Law series are the first to undertake a critical and comparative examination of the interplay of the diverse forms of constitutional review models on the continent. Comparative analysis is particularly important given the fact that over the last two decades, constitutional courts in Africa have been asked to decide a litany of hotly-contested and often sensitive disputes of a social, political, and economic nature. As the list of areas in which these courts have intervened has grown, so too have their powers, actual or potential. By identifying and examining the different models of constitutional review adopted, these chapters consider the extent to which these courts are contributing to enhancing constitutionalism and respect for the rule of law on the continent. The chapters show how the long-standing negative image of African courts is slowly changing. The courts have in responded in different ways to the variety of constraints, incentives, and opportunities that have been provided by the constitutional reforms of the last two decades to act as the bulwark against authoritarianism, and this provides a rich field for analysis, filling an important gap in the literature of contemporary comparative constitutional adjudication.