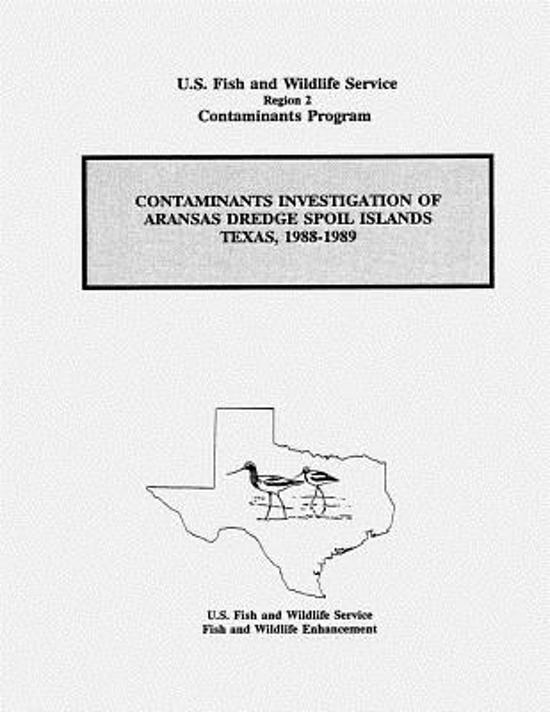 The deposition of dredge spoil material from the creation and maintenance of navigation channels along the Texas coast has received a great deal of scrutiny from the U.S. Fish and Wildlife Service (Service) and other resource agencies. Although numerous concerns have been raised regarding this activity (Natural Resource Maintenance Dredging Working Group 1988), the disposal of contaminated dredge material is of special concern to the Service’s Environmental Contaminants program. Agricultural activities, oil and gas exploration and production, petrochemical refining, ore processing plants, urban runoff, and municipal wastewater discharges are major contributors of contaminants to Texas bay systems. These contaminants include petroleum hydrocarbons, heavy metals, and pesticides. Due to the hydrophobic nature of many of these contaminants, they tend to adsorb to suspended solids and sediments that settle out onto bay bottoms and into existing navigation channels. In many areas, sediment samples have been found to contain alarming levels of contaminants. In response to this problem, material that is dredged from navigation channels is often placed in confined disposal areas, if it is determined to be unacceptable for open water disposal (Palermo 1988). After dredging has ceased, confined disposal areas can become attractive to a variety of birds, providing vegetated areas and ponded water for feeding and nesting. White and Cromartie (1985) observed 56 species of birds feeding in a confined disposal area in Nueces Bay, including great blue herons (Ardea herodias), snowy egrets (Egreffa fhula), tricolored herons (Egret& tricolor), green-winged teal (Anas crecca), northern shoveler (Anas clypeafa), black necked stilts (Himanfopus mexicanus), American avocet (Recurvirosfra americana) and willets (Cafopfrophorus semipalmafus). Very little is known about the potential contaminant threats posed to birds that feed in ponds found within confined disposal areas. Heavy metals (cadmium, mercury, lead, selenium, and zinc) were examined by White and Cromartie (1985) in three bird species, comparing those utilizing a confined disposal area to natural control sites. Only selenium was found at higher levels in birds feeding in the confined disposal area. They did not examine these birds for other contaminants such as aromatic hydrocarbons, aliphatic hydrocarbons, or organochlorines. The primary goal of this study was to gain preliminary information on the potential threat that contaminants in confined disposal areas adjacent to Aransas National Wildlife Refuge (Aransas NWR) pose to birds that utilize these areas, including the endangered whooping crane (Gnus americana) that often feeds on the dredge spoil study sites. In addition to concerns over potential contaminants in the spoil materials and their effects on natural resources, this study was also prompted by documentation by the Corps of Engineers in 1986 of a sediment sample from within the study area with an unusually high level of mercury (over 2 ppm). This sample was taken from an area which had received fugitive dredge spoil sediments from a breach in the containment dike on Rattlesnake Island. This high mercury level prompted great concern because there was no obvious or expected source to which it could be attributed. This study was intended, in part, to follow up on this concern and determine if greater alarm over local mercury levels was warranted.
Toon meer Toon minder