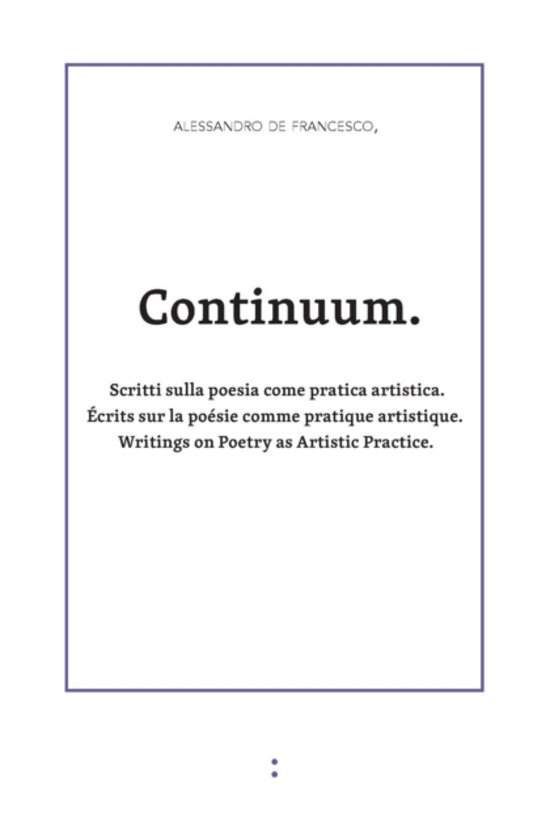 This book reunites the most part of the essays and articles produced between 2007 and 2015 by poet and artist Alessandro De Francesco. It shows what De Francesco himself affirms at a point in the last text of the book: that an artist can also be a theorist, and that artistic practice and theoretical practice are difficult to distinguish in his work. This book is multilingual: each text was left in the language in which it was written. Therefore, it is predominantly in French, but Italian, English and German are also represented. In spite of poetry being at the center of Alessandro De Francesco's interests as a thinker, the texts contained in this book are very heterogeneous: poetic statements, essays, scientific articles, lectures, interviews; and yet they also show a deep continuity. Continuum stands for the author's uninterrupted commitment for poetry, for the numerous connections among the approached themes, and especially for the innovatory theoretical and political positions expressed here, from which all these writings originated.
Toon meer Toon minder