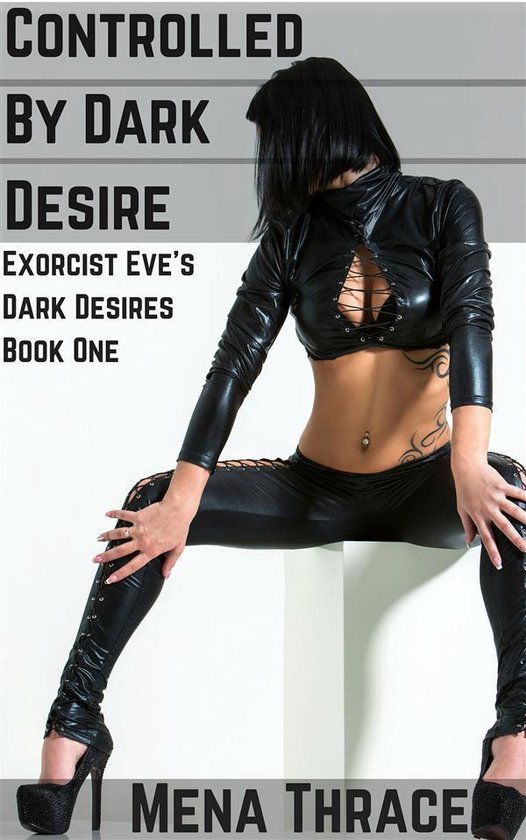 
And she's good at what she does, too. Her job is to exorcise demons...using some unorthodox methods some would say, but hey- a job well done is a job well done.


Her latest assignment involves the fallen shade of a once great and kind man. He wants what he wants and he will have it; Eve would not have it any other way.


It's just the kind of job Exorcist Eve loves the most. She has needs as well and there are some itches only a feisty demon can scratch.


What happens when a demon comes face to face with a mortal whose appetites match his own?


He breathed her in. She smelled of exhilaration. Excitement. Divinity. Desire.


"No...Not even a little…" He began walking around her, slowly stalking a circle around the mortal female. His movements were borderline feline; primal, powerful.


He meant to test her.


She kept her eyes trained on a random spot before her, a small smile teasing along her lips. She felt him as he moved around her. His dominant aura refused to be ignored.


He stopped behind her, leaning in so he was mere inches from the top of her head. He breathed her in again, savoring the scent of the fragile yet unshakable mortal female standing so relaxed and confidently before a being that should have her on her knees, quivering in terror.


Her grin lit up her entire face; her bright laugh echoed through the darkness as she put a hand on her hip and tilted her face back to meet his eyes.


He growled at her insouciance, as aroused by her lack of fear or respect for her position as he was angered by it.


"Woman…" He hissed, flashing his pointed fangs. "Do you not understand you are not in a position to be telling me what to do? If I want you-"


Eve turned to face him, her heart thudding against her ribs in excitement; her blood flowed harder as her heart tripped in her chest, his reaction making her want him all the more.


She slowly raised a hand, their eyes locked together as she reached out and lightly caressed his strong chest. His only reaction was the glow of his eyes intensified. His breathing deepened as he closely watched her. She gave him a knowing smile.


"What are you so afraid of, demon?" She whispered, licking her full lips. Her eyes narrowed on him. "Are you afraid you won't be able to match the appetite of one lowly mortal female?"


She had known it would.


The demon tensed, his eyes giving off a dangerous pulse before he closed the remaining distance between them; a low rumble that sounded somewhat like a growl, somewhat like a purr left the powerful being as he gathered the mortal into his arms. One hand pressed into the small of her back, pushing her flush against him.


His firmness pressed into her stomach, as much a threat as it was a promise.


He leaned into her, their faces pressed close as he grasped her tighter than before. The motion bent her over backwards, their chests pressing together so that from a distance it might seem as if the two were dancing. If he let go of her she would fall backwards.


She knew he wouldn't.


"What was that?" The demon whispered as he licked his dark lips, staring into her eyes. His gaze narrowed on her as she smirked. His voice was silky, the tone vaguely threatening.