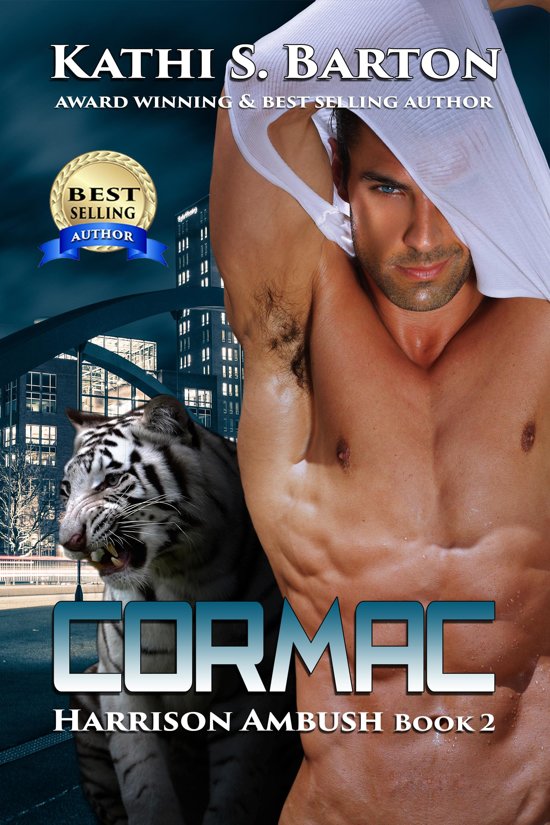 Cormac Harrison, Mac to his family and friends, has a good thing going. He has a brand new home, a successful business, and is truly happy with the direction his life is heading.


Andi Collins can't seem to catch a break. The last time she'd encountered her father, she'd ended up in the hospital. Now, Stormy Harrison, is giving her a break and helping her get back on her feet. So when this big handsome man tells her that she's his mate she's scared to death.


Mate. She'd heard the term before. And what it meant. She would belong to him. Not just him, but whoever he wanted to sell her to. Andi reached for the door handle, thinking that rolling from a moving car would be better than being passed around like a napkin at a banquet hall.


"Don't do that." He reached for her hand just as she touched the handle. "Please, just listen to me and I'll explain."


"I don't need you to explain. I know what mate means. My friends at school, they told me what happens when you become a mate to men. And what they didn't tell me, my father and aunt explained the rest. Mates use you, and then when they've had enough, they pass you around to all the other men they know. I won't have it."


The car suddenly stopped. Her seatbelt cut into her neck, and she nearly hit her head on the dash it stopped so abruptly.