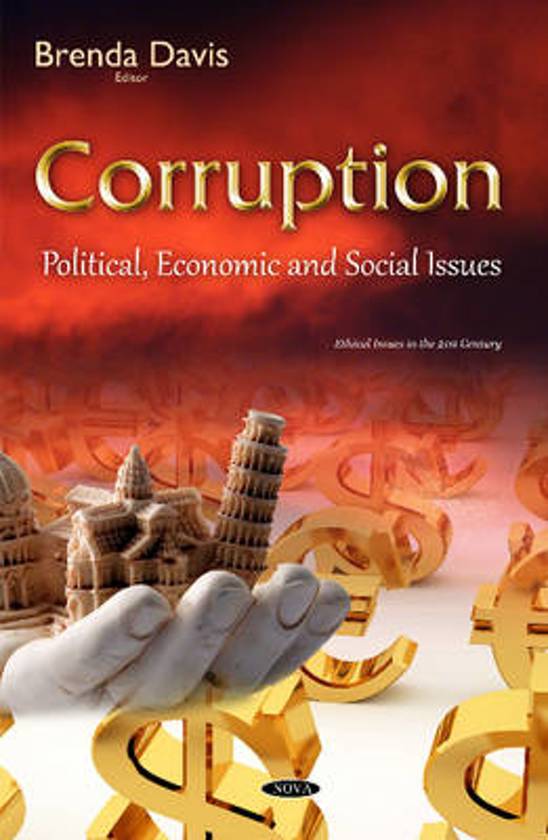 Corruption, generally defined as the abuse of entrusted power for private gains, has been the growing center of attention of many social scientists since the end of the cold war. Corruption can be seen in different perspectives depending on cultural background and it is defined in many spectrums by different scholars. This book provides current research on the political, economic and social issues of corruption. The first chapter begins with a review of social and political issues of a globalised economy. Chapter two presents a review of the literature on the economics of corruption. Chapter three tackles corruption in politics and public service. Chapter four discusses the procurement market from the macro-perspective and analyses the relationship between level of corruption and selected indicators of the public procurement market. Chapter five studies criminal culpability and economic crisis. Chapter six discusses gendered attitudes towards corruption and experiences with bribery. Chapter seven explores the relationship between corruption and gender inequality in Nicaragua. Chapter eight deals with the influence of multilateral anti-corruption agreements on the regulatory framework in developed countries. Chapter nine identifies the relationship between corruption and the processes of transition in West Balkan countries. Chapter ten explores corruption in the privatised public enterprises using selected privatised institutions. Chapter 11 discusses progress and constraints of civil society anti-corruption initiatives in Uganda. The final chapter analyses three cases of alleged corruption related to genetically modified foods where corruption claims based on ethical-critical logics were confronted with objective-formal counter-arguments.
Toon meer Toon minder