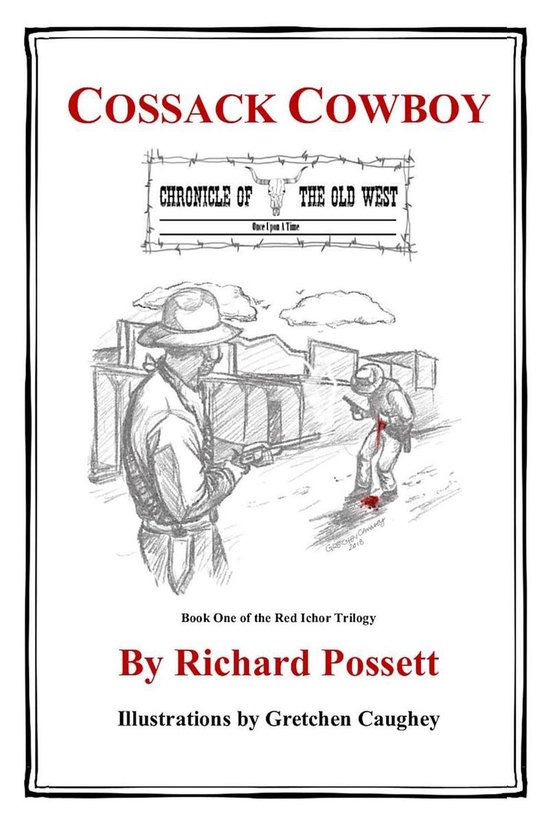 Casimir Josper Czyznikiewicz grows into a rugged American cowboy. A boy, Kazik, is born in Poland and raised in East Texas as Charles Joseph Kane. Upon the murder of his parents, Kane executes eight Windstar Ranch hands. The action is blood vengeance, zemsta krwi. These are honor code killings according to the Cossack way, Kozacka droga.Now a fugitive, Kane is pursued by a posse of hardened gunslingers. He joins a Texas cattle drive to evade capture and the hangman's noose. On the trail, he makes friends and foes, confronting rustlers, stampedes, and savage Indians.With deceits and deflections, the manslayer outwits the Texas posse. In his journey, Kane tussles with drunken ruffians, has assignations with doxies and dolls, and brushes up against vigilantes. As an outlaw, the Cossack cowboy enters Rawlins Springs, Wyoming Territory, wanted dead or alive.Cossack Cowboy is Book One of the Red Ichor Trilogy.