Costa Rica in Focus A Guide to the People, Politics and Culture 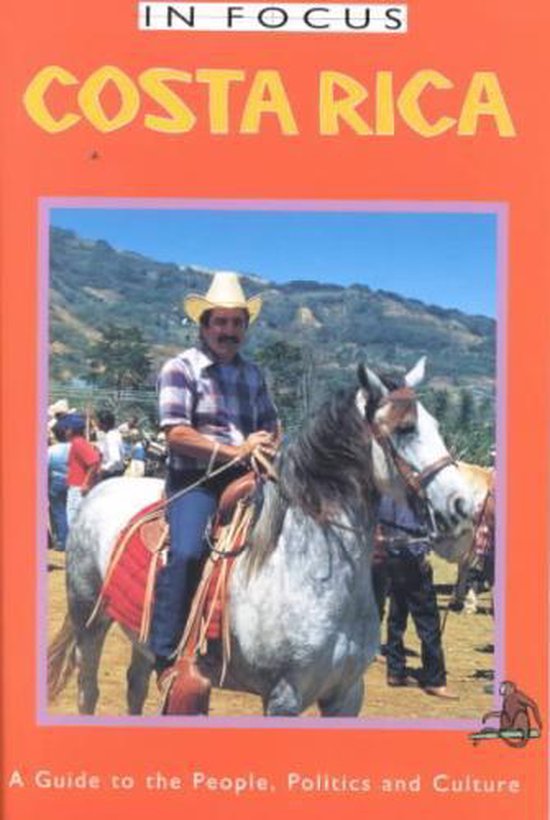 This new series of country guides is designed for travellers and students who want to understand the wider picture and build up an overall knowledge of a country. Each In Focus guide is a lively and thought-provoking introduction to the country's people, politics and culture.


The In Focus guides will brief you on:


The history: Conquest, life as a colony, quest for independence and the building of a modern nation. How history can help explain today's society and politics.


The people: Who lives where, how they live. The different worlds of the poor and the rich; blacks, Indians and whites; Arabs and Jews; indigenous, disenfranchised and dispossessed peoples; human rights.


The culture: What to read, what to see, what to hear. Who's who in literature, music, dance, theater and cinema. Roots and rites of different religions. Folk traditions and indigenous cultural celebrations.


The politics: Who runs the country, who wants to run the country Power and conflict between political parties, the military, guerillas and grassroots organizations. Historical ties to the U.S.


The economy: What the country produces and exports, how the economy has developed, the impact of foreign debt and free market reforms, who gains and who loses, presence and role of U.S. corporations.


Where to go, what to see: Must-see landmarks, lists of monuments and historical sites as well as the author's expert tips on what to see and do to get the most out of a short trip to the country: