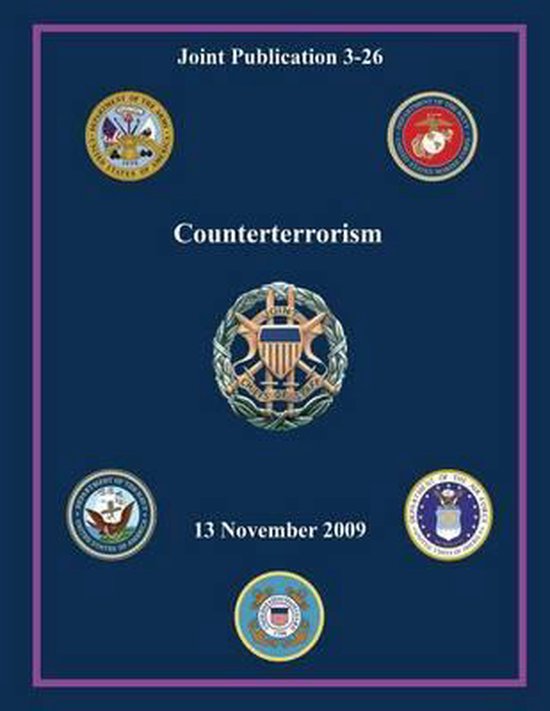 This publication, “Counterterrorism (Joint Publication 3-26),” provides joint doctrine for the planning and execution of counterterrorism across the range of military operations. Terrorism has evolved as a preferred tactic for ideological extremists around the world, directly or indirectly affecting millions of people. In addition to increasing law enforcement capabilities for counterterrorism (CT), the United States (US), like many nations, developed specialized, but limited, military CT capabilities. In joint doctrine, CT was simply defined as operations that include the offensive measures taken to prevent, deter, preempt, and respond to terrorism. In addition to any diplomatic and law enforcement actions, the US Government (USG) typically viewed CT missions as special operations by covert, clandestine, or low visibility means. CT is one of the core tasks of the US special operations forces (SOF), and their role and additive capability is to conduct offensive measures within Department of Defense’s (DOD’s) overall combating terrorism (CbT) efforts. Some significant policy and strategy adjustments were required because terrorism has evolved from a tactic of inducing fear in select populations/areas to a transnational threat of strategic proportion. After September 11, 2001, the US, along with multinational partners, embarked on what was characterized as a “global war on terrorism (GWOT).” That war has proven the need for expanded CT capabilities and a broader role for the US military in unified action against terrorism. That increasing role for conventional forces (CF), the need for truly unified action, and an increased emphasis on an indirect approach has led to developing this doctrine with a new definition for CT. The Department of State (DOS) was given the lead in developing policy action plans that employ both incentives and disincentives to end state sponsorship of terrorism. This publication has been prepared under the direction of the Chairman of the Joint Chiefs of Staff. It sets forth joint doctrine to govern the activities and performance of the Armed Forces of the United States in joint operations and provides the doctrinal basis for interagency coordination and for US military involvement in multinational operations. It provides military guidance for the exercise of authority by combatant commanders and other joint force commanders (JFCs) and prescribes joint doctrine for operations, education, and training. It provides military guidance for use by the Armed Forces in preparing their appropriate plans. It is not the intent of this publication to restrict the authority of the JFC from organizing the force and executing the mission in a manner the JFC deems most appropriate to ensure unity of effort in the accomplishment of the overall objective. Joint doctrine established in this publication applies to the Joint Staff, commanders of combatant commands, subunified commands, joint task forces, subordinate components of these commands, and the Services. The guidance in this publication is authoritative; as such, this doctrine will be followed except when, in the judgment of the commander, exceptional circumstances dictate otherwise. If conflicts arise between the contents of this publication and the contents of Service publications, this publication will take precedence unless the Chairman of the Joint Chiefs of Staff, normally in coordination with the other members of the Joint Chiefs of Staff, has provided more current and specific guidance. Commanders of forces operating as part of a multinational (alliance or coalition) military command should follow multinational doctrine and procedures ratified by the United States. For doctrine and procedures not ratified by the United States, commanders should evaluate and follow the multinational command’s doctrine and procedures, where applicable and consistent with US law, regulations, and doctrine.
Toon meer Toon minder