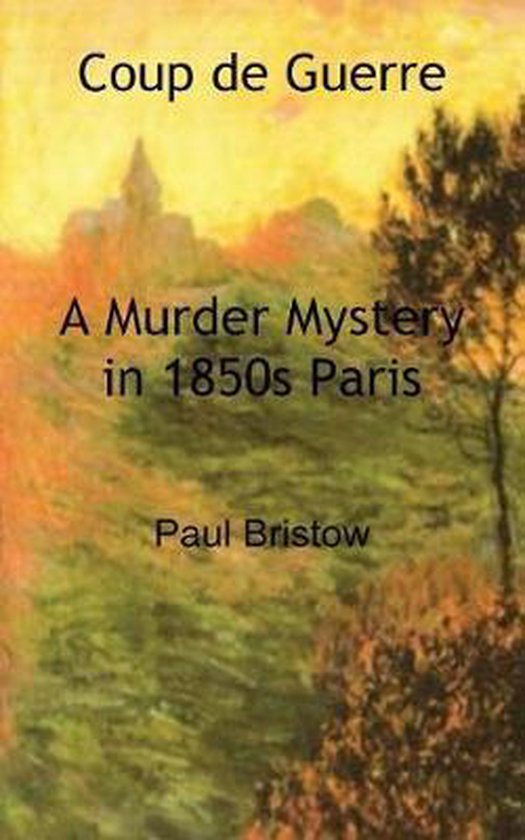 COUP DE GUERRE A Murder Mystery in 1850s Paris Paul Bristow Paris, 1854. It is two years since Louis-Napoleon, nephew of Napoleon Bonaparte, declared himself Emperor of France. Now he has allied himself with Great Britain to fight Russia, in the Crimean War. Public opinion in France is divided. Prominent among the supporters of the Emperor's war is the Abbe Charonnais, a well-known Church leader and skilful speaker. In print and in person, Charonnais uses his oratory to rally his fellow countrymen behind the Imperial Army as it moves towards battle. Meanwhile, in the hidden places of Paris, crime goes on. A body is found in the river Seine: a man has been strangled and dumped in the water. Captain Lucien de Boizillac, of the Paris police, and his colleague Daniel Delourcq, investigate the killing. Two more deaths follow in quick succession: both of the deceased had links with the first victim. The investigation leads to the household of the Abbe Charonnais, and raises Boizillac's suspicions about two of his staff, Charles Rasquin and his brother Eustache. But it is only when there is a further, even more shocking killing that Boizillac sees the connections between all the deaths. Even as he unearths the dark past of the Emperor's cheer-leaders, Boizillac discovers a long-concealed secret about those closest to him. Intrigue and revelation combine as the truth comes to light.
Toon meer Toon minder