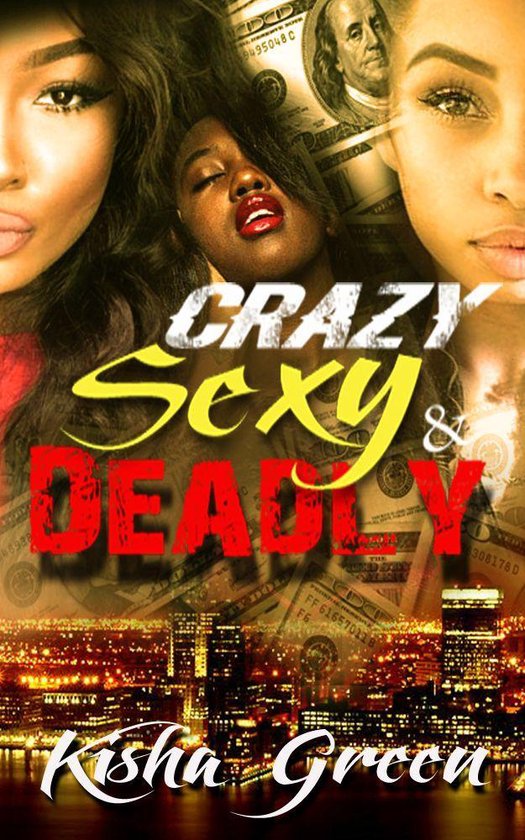 Crazy, Sexy and Deadly is a compilation of some of Kisha Green's most popular short stories. Take a journey to a place of mental seduction, love, betrayal, deceit with the perfect splash of erotica to entice the reader's palate. All women have a beast within but only with the right chemistry can one bring one of the three out; the crazy, the sexy or the deadly...


FEFE'S FREAKY TALE Feona ''Fefe'' Walker has only one thing on her mind-pleasure. Before her love can come down, she must select a man to quench her body's insatiable appetite. NOTHING is off limits in her quest for pure sexual ecstasy.


FOOL NO MORE Unlucky described Leslie Kennedy's love life until she met Malcolm Daniels. Malcolm was the epitome of fine with a lucrative career in public relations, he was a dream come true.Little did she know the secret he harbored would change their lives forever.


THE PLEASURE PRINCIPLE Laci wanted the finer things but could not afford it being a waitress, so she decided that being a call girl would cushion her pockets faster. As her bank account does increase there is someone plotting her demise. You often have to be careful of karma because she is a bitch and you never know when she might appear to cause havoc and chaos. Like the saying goes, revenge is dish best-served COLD!


TIL LIES DO US PART Morgan and Justin are a happily married couple—or so it seems. Dissatisfied with her marriage and trying to fill that void, Morgan decides to add some excitement to her life with frequent visits to the Web. With a new found lust for online chat, Morgan begins to live a double life when she meets Andre, the man of her dreams. In her mind, Andre is her savior and he could do no wrong. That is until her online world becomes her new reality and secrets are revealed that make her begin to doubt herself. Caught in a love triangle like no other, Morgan discovers that all is fair in love and war until lies do us part.


HOT YOGA Have you ever met someone for the first time and immediately had an attraction for them?Meet Carter Hayes, a well-respected, sought after and handsome yoga instructor and Natalie Bell a carefree young woman who enters Carter's class just to release some stress and what the two realize is that their energy cannot be contained nor denied. When it is all over with both will be wondering if it is real or was it truly just a game of mental seduction.Hot Yoga is an erotic short story that will stimulate as well as entertain. You will never look at yoga quite the same after reading this.


QADIRA "Q" has it all or so it seems. Who has it out for Q? Is it a long time enemy seeking revenge or a close friend who has turned foe? You be the judge in this sexy thriller.


DICKMITIZED Josiah is back and as usual he is up to no good and is willing to do anything and everything to make sure he is satisfied. Though he was content with the freedoms of exploring various women Josiah makes the decision to find one woman to explore his sexual appetite with. Will she be the latest pawn in his wicked game of sensual delight proving that she is down for whatever?