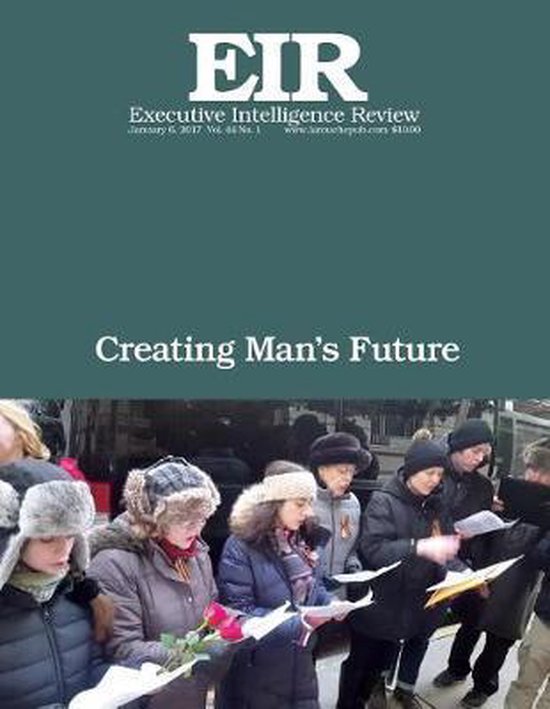 Dec. 31—There is good news: Although Germany is still largely the Valley of the Clueless—thanks to its lock-step mainstream media and the mediocrity of its politicians—our well-informed contemporaries have become aware that over the coming year, a multitude of good tendencies will sweep into Europe, and even into Germany. During 2017 it will become obvious that the strategic reorientation of the greater part of our planet will be determined by the dynamic of the New Silk Road. As a result, the focus will be on an economic new world economic order for the common weal and the conquest of underdevelopment, and not the speculators’ profit maximization. In the course of 2017, it will become clear to the still politically-correct denizens of the Washington Consensus and the EU bureaucracy, the ignorant cadre of the Conservative Revolution, and even many non-political people, that the larger part of humankind has been on the road of creating conditions on Earth worthy of humanity for all people for a long time—explicitly as a community for a common destiny of mankind. In the new year, China will hold two major summits, at which the theme will be the consolidation of the New Silk Road initiative, and where the outstanding attractiveness of the new economic model of win-win cooperation—which has long since become the magnet of world development—will become clear. Already this global development perspective is the largest infrastructure program in the history of the world, one in which more than 100 nations and international organizations participate, which already affects 4.4 billion people and, for the first time in at least 50 years, presents a realistic hope that the problems of hunger, poverty, treatable diseases, and the denial of education can be conquered once and for all. In the Middle East, President Putin has brilliantly turned the situation around through Russia’s military intervention in Syria: The seemingly endless sequence of wars built upon lies since September 11th, 2001, and the support of rebels speciously called “moderate”—who were given weapons for the murder of segments of the ethnic populations in the Middle East, or for terrorist acts in Europe—were interrupted and put on a good track for termination. At the upcoming meeting in Astana, Kazakhstan at the beginning of 2017, it will be clear that opposition groups in Syria are involved in the reconstruction process, and that the major nations of the region such as Russia, China, India, Iran, and Egypt—and perhaps even former supporters of ISIS and Al-Nusra—can be integrated into a construction plan for all of Southwest Asia. Thus the program to extend the New Silk Road to the Middle East, which the Schiller Institute has been developing since 2012, can be realized in 2017.
Toon meer Toon minder