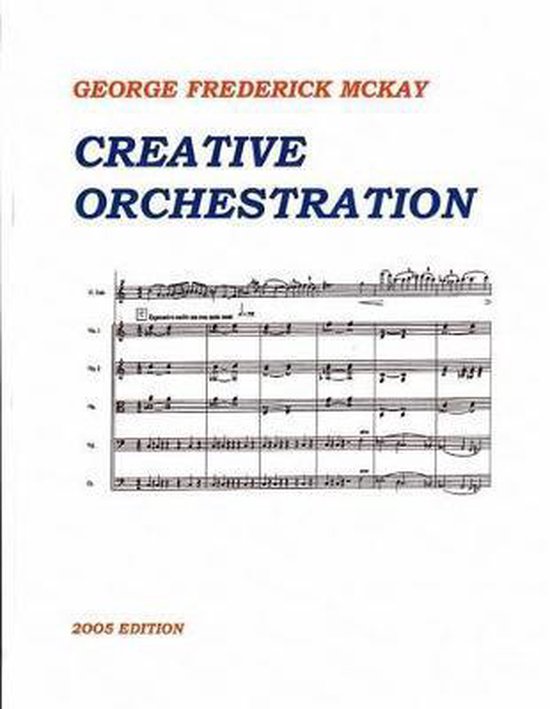 Creative Orchestration by American Composer George Frederick McKay (1899-1970) is highly regarded in academic circles for its direct and uncomplicated approach based on McKay's 40 years of teaching music theory at the University of Washington, Seattle while using experiential methods with small groups of students. McKay himself had his music presented in the concert halls of America by the master conductors Stokowski, Beecham and Arthur Benjamin during his lifetime, along with hundreds of publications and other honors. He taught at Washington, USC, Oregon, Michigan and Drake during his years as a professor, and was the teacher of William Bolcom, Earl Robinson, Goddard Lieberson, John Cage and hundreds of other aspiring composition students. His students have won the Grammy, the Pulitzer, Guggenheim Grants and the National Medal of the Arts. Creative Orchestration contains many fine working examples of music and diagrams explaining technical principles of composition.
Toon meer Toon minder