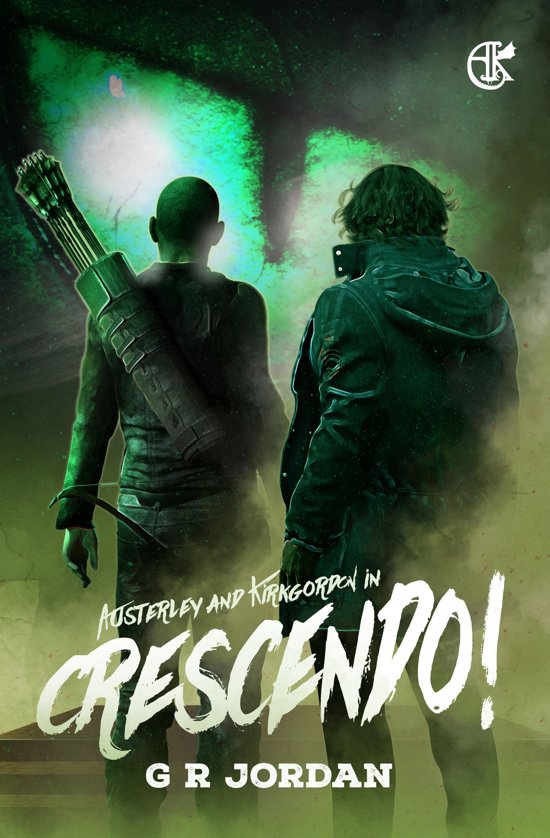 A shape-shifting dragon. A cult bringing forth a nightmare. Two broken men, separated by hatred, must bind together to save the world.


Join Austerley and Kirkgordon on a hunt for Elder music of a race lost from time. From America to Russia and across the British Isles, two broken misfits try to pull the world back from a cosmic disaster while keeping at bay their reciprocal loathing.


It's the blasphemous fanfare for the end of the world!


''Crescendo!'' is the tale of how we respond to darkness. Do we embrace it and try to wonder and steal from it? Or do we run from it, happy to keep it at a distance? Kirkgordon, a methodical, former bodyguard is reunited with Austerley, Professor of the Occult and delver into all things mysterious. Blaming Austerley for his marital problems and nightmare episodes, Kirkgordon finds himself teamed up with this shambling hulk to recover a dark music manuscript which can open up a portal for unimaginable horror to stalk this earth.


An 800 year old ice maiden, in dark leathers with a white hot staff and jet black wings, joins the hunt to provide the lid on a slapstick threesome. With the most finest of Her Majesty's Secret Agents, a three headed dragon and mutated islanders a-plenty, ''Crescendo!'' leaps from the USA to Russia, from Ireland to the Islands of Scotland. Kirkgordon's pity for the obsessive Austerley is pushed to the limit and his creative thinking are stretched to the full in this wild romp across the globe, culminating in an unholy raising of an Elder being. Whether you seek to understand the weird evil or destroy it, you'll never see the darkness in the same light again