Crime and Justice at the Millennium Essays by and in Honor of Marvin E. Wolfgang 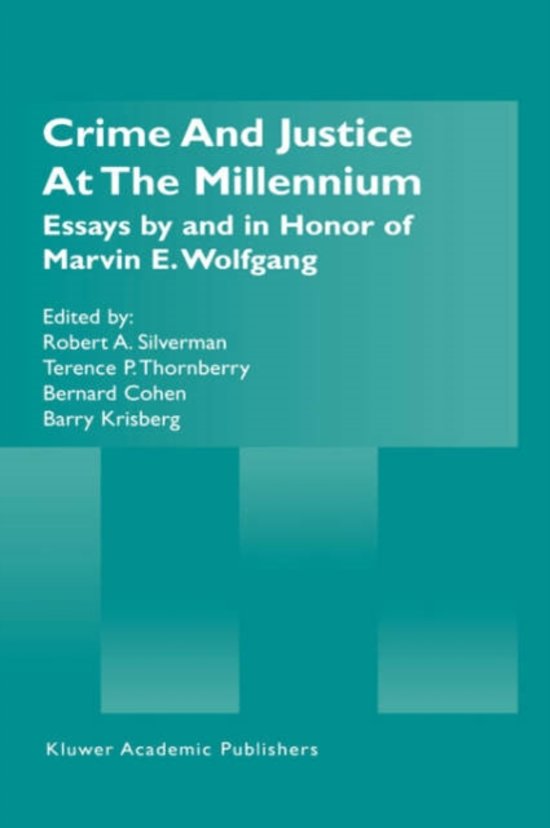 Ira Lipman Marvin Wolfgang was the greatest criminologist in the United States of America in the last half of the 20th century, if not the entire century. We first met on March 3, 1977, in Philadelphia. I sought him out after his work with Edwin Newman's NBC Reports: Violence in America. He was a tender, loving, caring individual who loved excellence-whether it be an intellectual challenge, the arts or any other pursuit. It is a great privilege to take part in honoring Marvin Wolfgang, a great American. Our approaches to the subject of crime came from different perspectives- one as a researcher and the other as the founder of one of the world's largest security services companies. We both wanted to understand the causes of crime, and our discussions began a more than 21-year friendship, based on mutual respect and shared values. Dr. Wolfgang's scholarship aimed for the goal of promoting a safer, more prosperous society, one in which economic opportunity replaced criminal enterprise. He never saw crime in isolation but as part of a complex web of social relations. Only by understanding the causes and patterns of crime can society find ways to prevent it. Only through scholarship can the criminal justice community influence policy makers. To encourage the innovative scholarship that marked Marvin's career, Guardsmark established the Lipman Criminology Library at the University of Pennsylvania, at his request, and created a national criminology award in his name, the Wolfgang Award for Distinguished Achievement in Criminology.
Toon meer Toon minder