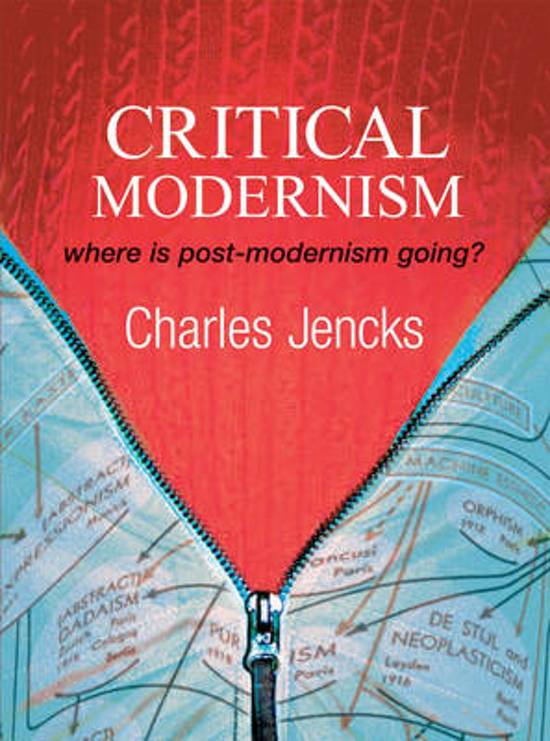 After developing for thirty years as a movement in the arts, after being disputed and celebrated, Post-Modernism has become an integral part of the cultural landscape. In this witty overview, Charles Jencks, the first to write a book defining the subject, argues that the movement is one more reaction from within modernism critical of its shortcomings. The unintended consequences of modernisation, such as the terrorist debacle and global warming, are typical issues motivating a Critical Modern response today. In a unique analysis, using many explanatory diagrams and graphs, he reveals the evolutionary, social and economic forces of this new stage of global civilisation. Critical Modernism emerges at two levels. As an underground movement, it is the fact that many modernisms compete, quarrel and criticise each other as they seek to become dominant. Secondly, when so many of these movements follow each other today in quick succession, they may reach a 'critical mass,' a Modernism2, and become a conscious tradition.
Toon meer Toon minder

The post man still delivers (Building Design, April 2007) Thirty years on from the publication of The Language of Post-Modern Architecture, its author explains why we're all modernists now. (BDonline, April 2007) Charles Jencks has revamped his seminal tome on postmodernism . (Icon Magazine, June 2007)