Cuba and Her People of To-day: An Account of the History and Progress of the Island Previous to its Independence EBOOK Tooltip Ebooks kunnen worden gelezen op uw computer en op daarvoor geschikte e-readers. 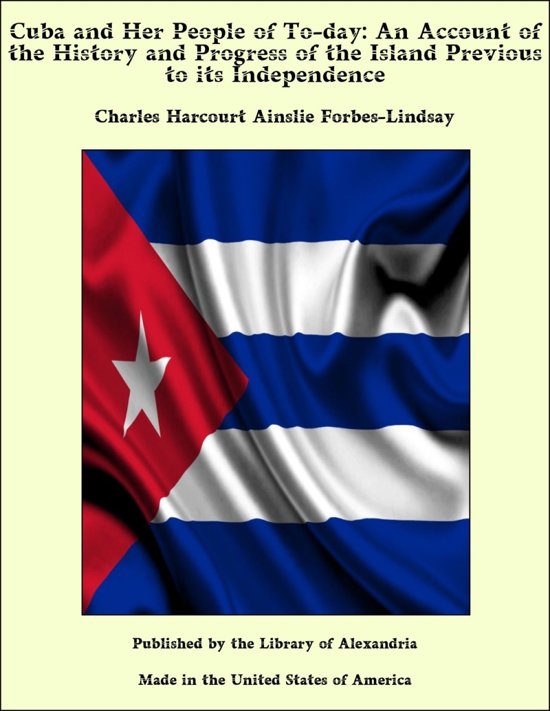 If a line were drawn directly south from Pittsburg it would almost pass through the middle of Cuba. The Island, which is the largest of the Antillean group, lies about fifty miles distant from Santo Domingo and somewhat more than eighty miles from Jamaica. Its western end nuzzles into the opening between the peninsulas of Florida and Yucatan, Key West being ninety miles from, and the nearest point of Campeche within one hundred and thirty miles of Cape San Antonio. This situation gives to Cuba a commanding position in relation to the Gulf of Mexico, the only passages to that body of water lying on either side of the Island. The strategic advantage of the location is highly important, but of less consideration than the commercial advantage. Cuba lies directly in the line of the trade routes converging upon the Tehuantepec Railroad and the Panama Canal. The Island is a narrow strip of land, little more than one hundred miles across in its broadest portion and only about twenty miles at its narrowest. From Cape Maisi to Cape San Antonio the length of the outer coast line is seven hundred and thirty miles. In the absence of a precise survey, figures are uncertain, and estimates vary, but it is probable that the territory of the Republic, which includes the Isle of Pines and a number of outlying cayos, is somewhat less than forty-five thousand square miles in extent; an area slightly greater than that of the State of Pennsylvania. The upper side of the Island forms a broad converse curve, with a northerly trend. It is broken by few marked irregularities. The southern coast takes a corresponding curve and in general parallels the other shore. It differs, however, in having several pronounced indentations, the largest of which are the Golfo de Buena Esperanza and the Golfo de la Broa. Along this periphery are found four or five of those peculiar pouch-like harbors which, together with numerous coral reefs and islands of varying dimensions that fringe the shore line, are the most notable features of the Cuban coast. These cayos, or keys, fall into four distinct groups and number about one thousand three hundred. The principal line of these low lying islands extends from the Ensenado de Cardenas to the vicinity of Nuevitas, and includes Cayo Romano, seventy-four miles in length. The second line runs from Bahia Honda to Cape San Antonio. The third, which is the most numerous, forms a scattered group between the Isle of Pines and the mainland. The fourth, known as Cayos de las Doce Leguas, lies off the coast of Camaguey. The Isle of Pines is distant sixty miles from Batabano, which is the point of communication with the mainland. Its area is about twelve hundred square miles. The northern shores of Cuba are generally characterized by rocky bluffs, which frequently rise to a height of several hundred feet. The littoral of the western bend is low, and this feature prevails along the south to Cape Cruz, with the exception of a rugged stretch of about fifty miles to the east of Cienfuegos. Save for this strip, the shore from Cape San Antonio to the mouth of the Cauto is lined with marsh of varying depth. The protuberant piece of land between the bight of the Broa and Bahia de Cochinos is entirely occupied by the great Zapata swamp, which has an area of more than two hundred square miles. It is an almost impenetrable tropical jungle of the densest vegetation, teeming with animal life. This wilderness has often afforded a safe refuge to defeated and harassed bands of insurrectos. Along the eastern butt of the island the coast is mountainous. Topographically, the territory of Cuba comprises five distinct divisions, three of them distinctly mountainous, and two in which the surface is low, or of moderate relief. The easternmost of these divisions coincides closely to the boundaries of the Province of Oriente and is for the greater part mountainous.