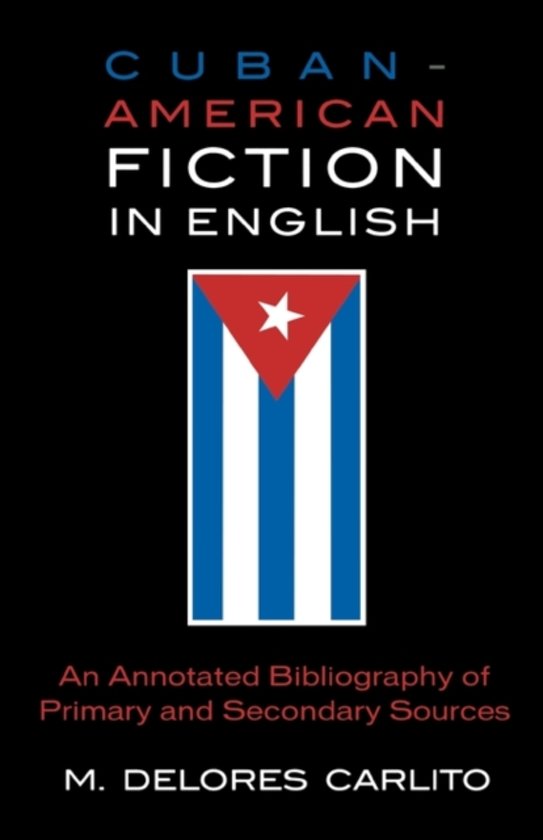 Among Hispanic literatures, Cuban-American fiction is unique because of the Cuban-American disposition to regard themselves as exiles rather than immigrants. Many Cuban-Americans have never been to Cuba and therefore must rely on the memories of those around them to draw conclusions about it. These writers have grown up with English as their primary social language and feel more comfortable using English in their writing. Until now, no listing or bibliography has ever been compiled of Cuban-American fiction written in English or its criticism. As more works by Cuban-Americans are being published every year, a resource for such titles has become necessary. The body of literature needs a publication that addresses the works of Cuban-American authors for those who want an introduction to the subject, more general knowledge about the topic, or a more solid foundation from which to research it. This is the first comprehensive work to address Cuban-American fiction originally written in English. It contains listings and annotations of all novels, anthologies, and short story collections written by the first and second generations of Cuban Americans. This work also possesses listings and annotations of all secondary works that focus on this fiction. Works begin in 1963 with A Wake in Ybor City by Jose Yglesias and run well into the first decade of the 21st century.
Toon meer Toon minder

The useful introduction and comprehensive compilation make this volume a welcome addition to libraries with collections or users in this area. * American Reference Books Annual * Carlito (Mervyn H. Sterne Library, U. of Alabama, Birmingham) presents a reference work on fiction works written in English by first- and second generation Cuban Americans, between 1963 and 2004. The entries are organized into three sections: the first annotating primary sources-novels, short story collections, anthologies; the second annotating secondary sources, including book chapters and journal articles of literary criticism; and the third listing author biographies, interviews and memoirs. The text includes works set in the U.S. before the Revolution, in pre-Revolution Cuba, in Cuba after the Revolution, and in the U.S. after the Revolution. * Reference and Research Book News *
Toon meer Toon minder