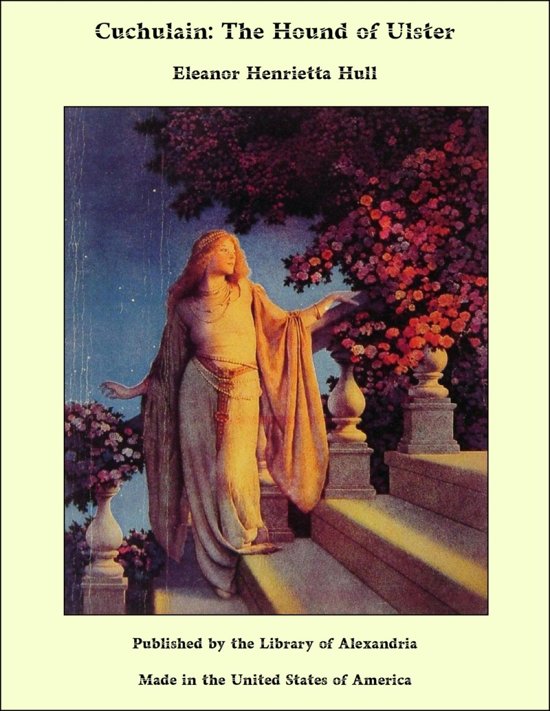 The events that circle round King Conor mac Nessa and Cuchulain as their principal figures are supposed to have occurred, as we gather from the legends themselves, about the first century of our era. According to one of the stories, King Conor is said to have died in a paroxysm of wrath and horror, brought on by hearing the news of the crucifixion of our Lord by the Jews. Though this story is evidently one of the few interpolations having their origin in Christian times (the main body of the legends being purely pagan), the probability that they took shape about this period is increased almost to certainty by the remarkable agreement we find in them with the accounts derived from classical writers who lived and wrote about this same period, and who comment on the habits of the Gauls of France, the Danube valley and Asia Minor, and the Belgic tribes who inhabited South-eastern Britain, with whom the Roman armies came into contact in the course of their wars of aggression and expansion. The descriptions given by Poseidonius, a century before Christ, or Diodorus, Cæsar and Livy half a century later, agree remarkably with the notices found in these Irish stories of social conditions, weapons, dress, and appearance. The large wicker shields, the huge double-bladed swords lifted above the head to strike, the courage amounting to rashness of the Celt in attack, the furious onset of the scythed war-chariots, the disregard of death, the habit of rushing into battle without waiting to don their clothes, the single combats, the great feasts, the "Champion's Bit" reserved as a mark of distinction for the bravest warrior; these, and many other characteristics found in our tales, are commented upon in the pages of the Roman historians. The culture represented in them is that known to archæologists as "late Celtic," called on the Continent the La Tène period, i.e. the period extending from about 400 B.C. to the first century of the Christian era; and the actual remains of weapons, ornaments, and dress found in Ireland confirm the supposition that we are dealing with this stage of culture. We may, then, take it that these tales were formed about the beginning of our era, although the earliest written documents that we have of them are not earlier than the eleventh and twelfth century. Between the time of their invention for the entertainment of the chiefs and kings of Ireland to the time of their incorporation in the great books which contain the bulk of the tales, they were handed down by word of mouth, every bard and professional story-teller (of whom there was at least one in every great man's house) being obliged to know by heart a great number of these romances, and prepared at any moment to recite those which he might be called upon to give. In the course of centuries of recitation certain changes crept in, but in the main they come to us much as they were originally recited. In some tales, of which we have a number of copies of different ages, we can trace these changes and notice the additions and modifications that have been made.
Toon meer Toon minder