Culture and Customs of Morocco 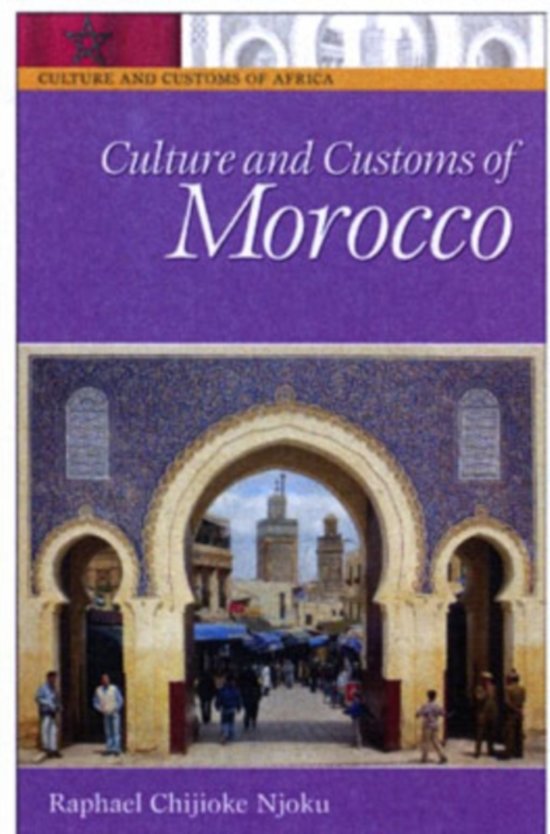 Moroccan culture today is a blend of Berber, African, Arab, Jewish, and European influences in an Islamic state. Morocco's strategic position at the tip of North Africa just below Spain has brought these cultures together through the centuries. The parallels with African and Middle Eastern countries and other Muslim cultures are drawn as the major topics are discussed, yet the uniqueness of Moroccan traditions, particularly those of the indigenous Berbers, stand out. The narrative emphasizes the evolving nature of the storied subcultures. With more exposure to Western-style education and pop culture, the younger generations are gradually turning away from the strict religious observances of their elders. General readers finally have a substantive resource for information on a country most known in the United States for the Humphrey Bogart classic Casablanca, images of the souks (markets), hashish, and Berber rugs. The strong introduction surveys the people, land, government, economy, educational system, and history. Most weight is given to modern history, with French colonial rule ending in 1956 and a succession of monarchs since then. The discussion of religion and worldview illuminates the Islamic base and Jewish communities but is also notable for the discussion of Berber beliefs in spirits. In the Literature and Media chapter, the oral culture of the Berbers and the new preference for Western-style education and use of French and even English are highlights. The Moroccans are renowned as skilled artisans, and their products are enumerated in the Art and Architecture/Housing chapter, along with the intriguing descriptions of casbahs and old quarters in the major cities. Moroccans are hospitable and family oriented, which is reflected in descriptions of their cuisine and social customs. Moroccan women seem to be somewhat freer than others in Muslim countries but the chapter on Gender Roles, Marriage, and Family shows that much progress is still needed. Ceremonies and celebrations are important cultural markers that bring communities together, and a wealth of religious, national, and family rites of passage, with accompanying music and dance, round out the cultural coverage.
Toon meer Toon minder

Culture and Customs of Morocco allows for a thorough understanding of Moroccan culture; from its history and religious influences through its social, political and cultural strengths. Chapters also provide critical overviews of changes and improvements in progress, as well as surveying the country's people, land, and economy. A powerful coverage which will appeal into high school and public library collections. - Midwest Book Review/Internet Bookwatch [I]ncorporat[es] a wealth of information in a relatively short book in very accessible language... with this book in hand, those students new to Moroccan affairs or, indeed, the study of North Africa and the Middle East, will need to look no further for a broad introduction to the subject of Moroccan culture and customs - any issue a student could possibly wish to read about is touched upon by Njoku. - The Maghreb Review Njoku recounts the modern culture, society, and lifestyle of Morocco, which combines Berber, African, European, Arab, and Jewish customs. The introduction covers the history of the country, its land, people, and languages. The majority of the discussion centers on religions, including Islam, Judaism, and Christianity, politics, literature in indigenous and Western languages, media, traditional and contemporary art and architecture, cuisine and dishes, types of dress, ceremonies, gender roles, marriage, family, social customs, festivals, music, and dance. - Art Book News Annual
Toon meer Toon minder