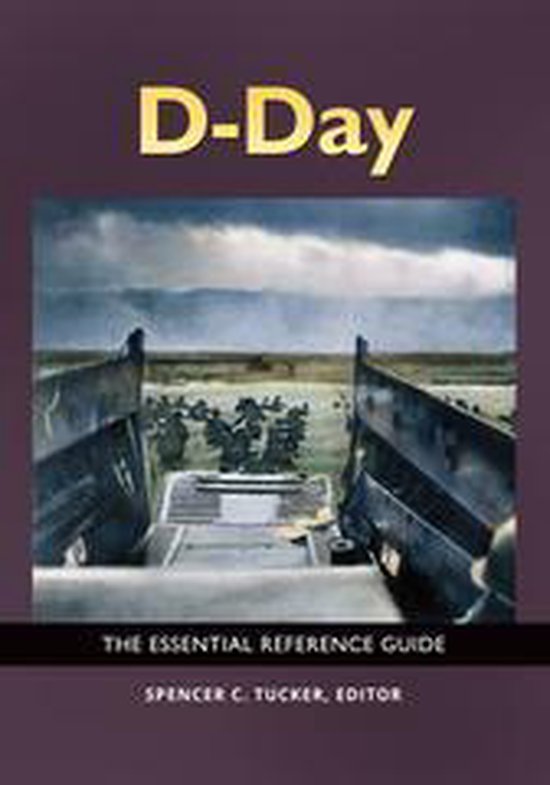 This outstanding overview of D-Day makes clear its great importance in military and world history, identifies mistakes committed on both sides, and explains all aspects of the 1944 Allied invasion of France and the Normandy Campaign that followed.

The beach landings at Normandy, France, in June of 1944 were of critical importance in the outcome of World War II, and as a consequence, served to determine the economic and political state of the modern world as we know it. This latest reference book edited by esteemed historian Spencer C. Tucker supplies easy-to-understand overview entries on the Normandy Invasion ("Operation OVERLORD") and the European Theater in World War II as well as entries treating specific topics such as key individuals, technical innovations, weapons systems, command structures, terrain and logistical difficulties, and the role played by weather.

Readers will come to understand why the eventual success of the Allied forces in the D-Day operations was so hard-fought and came at a tremendous cost of life. The book addresses the immense difficulty of supplying tens of thousands of soldiers—many of them inexperienced in combat—and countless tons of equipment and vehicles to the invasion force from over the beaches, after most of the teams landed in the wrong locations, and when many command structures were wiped out almost immediately upon landing; and it explains how these factors impacted the combat on the ground and resulted in the Allied forces' careful planning going awry. The book also describes the elaborate deception carried out by the Allies regarding the invasion landing site and how these efforts impacted battle developments, and it presents nine primary documents that treat various aspects of the battle, including the lengthy Allied plan for the invasion and primary sources of directives regarding the battle and technical innovations.