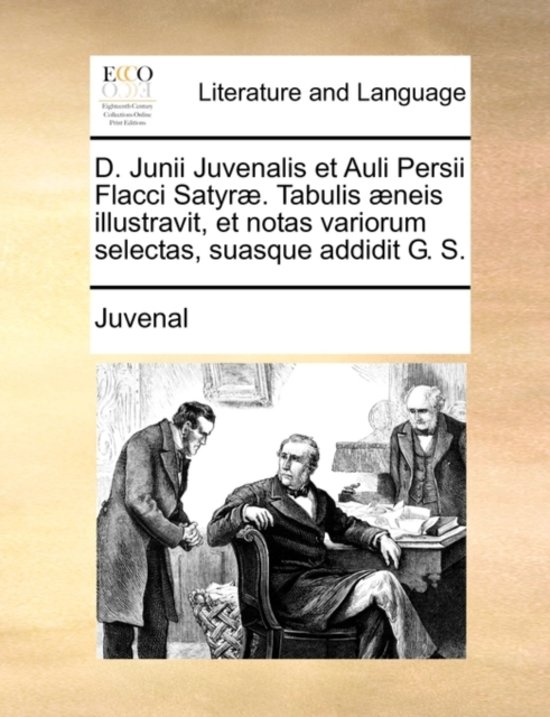 Less is known about the life of Juvenal (D. Iunius Iuuenalis) than was once believed - a key source, an inscription naming one Iunius Iuuenalis, refers to a later descendant, not the satirist - and such evidence as there is remains sadly inadequate. Much of it comes from Juvenal's own work. We know that the family was from Aquinum in Latium near modern Monte Cassino. One ancient Life offers a plausible birth date of AD 55. Another states that till middle-age Juvenal practised rhetoric, not for professional reasons but as an amusement, which implies a private income. Book I of the Satires was not published till c. 110-12, when the poet was in his fifties, and is clearly the work of an impoverished and embittered man who has come down in the world - a hanger-on of wealthy patrons with a chip on his shoulder - but the precise circumstances of Juvenal's fall from grace are unclear.
Alles van Juvenal
Toon meer Toon minder

The 18th century was a wealth of knowledge, exploration and rapidly growing technology and expanding record-keeping made possible by advances in the printing press. In its determination to preserve the century of revolution, Gale initiated a revolution of its own: digitization of epic proportions to preserve these invaluable works in the largest archive of its kind. Now for the first time these high-quality digital copies of original 18th century manuscripts are available in print, making them highly accessible to libraries, undergraduate students, and independent scholars.Western literary study flows out of eighteenth-century works by Alexander Pope, Daniel Defoe, Henry Fielding, Frances Burney, Denis Diderot, Johann Gottfried Herder, Johann Wolfgang von Goethe, and others. Experience the birth of the modern novel, or compare the development of language using dictionaries and grammar discourses. ++++The below data was compiled from various identification fields in the bibliographic record of this title. This data is provided as an additional tool in helping to insure edition identification: ++++Harvard University Houghton LibraryN008180Titlepage in red and black. Printer's name from colophon.Cantabrigi]: typis academicis excudebat Josephus Bentham] prostant venales Londini, apud Gul. Sandby; Cantabrigi], apud G. Thurlbourn & J. Woodyer, 1763. 12],207, 1]p., XV plates: port.; 12
Toon meer Toon minder