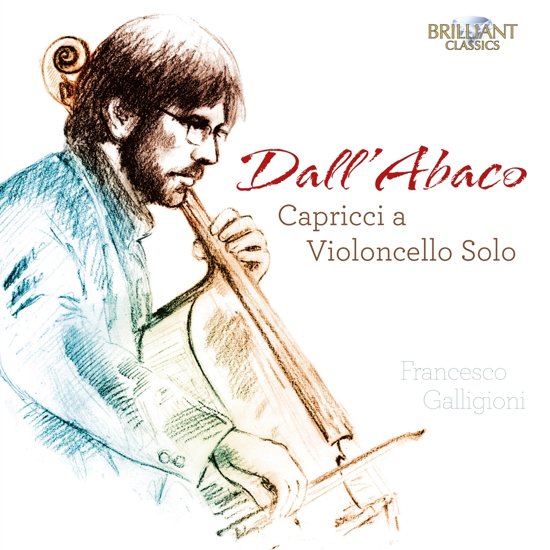 Dall’Abaco was born in 1710 in Brussels, he followed in the footsteps of his father and studied music, showing such talent that at the age of 19 he was appointed cellist in the court orchestra of Prince Clemens August of Bavaria in Bonn, 10 years later becoming its Kapellmeister. However certain forms of misbehaving (“a rowdy gossipmonger, swindler and gambler” he was called..) he decided to try his luck elsewhere and he moved to Verona, where he became a respected musician and composer, a member of the Accademia Filarmonica. Dall’Abaco was one of the greatest cellists of his time. Few of his compositions survived, and his 11 Capriccios for cello solo are still in manuscript. Some passages are of unparalleled virtuosity, while the style is mostly the Empfindsame Stil, melancholy and expressive. Francesco Galligioni is one of the foremost cellists in the field of Early Music. He regularly collaborates with the Venice Baroque Orchestra, Giuliano Carmignola, Andrea Marcon, John Eliot Gardiner, Federico Guglielmo and Diego Fasolis.
Toon meer Toon minder