Damned Yankee The Story of a Marriage 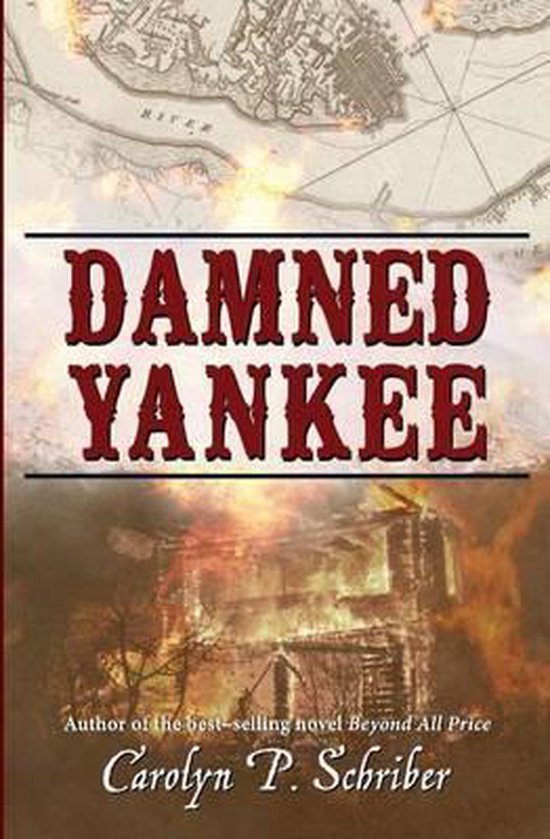 These are the people you don't read about in history books. A Harvard-educated New Englander. He was welcomed as a teacher by a school for apprentices in Charleston, South Carolina. But when his history lessons about the founding of America clashed with the pro-secession rhetoric of local slave-owners, he was out of a job. Can he find a way to reconcile his abolitionist sentiments with the practical need to support his family in a region whose economy is based on slavery? A wealthy Southern belle. She has always believed that her ancestors were benevolent slave-owners and that they treated their slaves with dignity and respect. Now she has inherited the family plantations, only to see the institution of slavery come under attack as an unmitigated evil. The coming of the Civil War threatens her land, her children, her marriage, and the values that have always sustained her. How much will she be willing to sacrifice in order to help her family survive? A female slave. She was given to her mistress when they were both very small because they shared a common grandfather - a fact that everyone knew and no one talked about. The war offers her a promise of freedom as well as the prospect of a bittersweet separation from her beloved cousin. Will the bonds of family stretch or break? A Confederate soldier. He supported secession and eagerly volunteered for the Army, believing, like most young men, that he was invincible. And like too many of those young men, he was wounded and taken prisoner. The aftermath of his war experience left him with wounds far deeper than those that caused the amputation of his leg. Can he conquer the pain, the flashbacks, the disability, and the nightmares that keep him incapacitated and unable to return to his former life? The newly-weds. The couple married in haste, realizing that the coming of war might mean a long period of separation. But the young wife did not expect to receive a black-bordered letter telling her that her husband had been killed in battle. Now she faces life in wartime as a widow and the mother of newborn twins. She can return to her family or seek to make a a new life for herself. Which way will she turn? The children. Uprooted from their home and school by a series of family disasters, they face an uncertain future. The teenage boy gives up his dream of becoming a dairy farmer. With tears streaming down his face, he begs his cows to run away because Confederate soldiers are confiscating all cattle as food for the army. His brothers and sisters struggle to adapt to new conditions of poverty, hunger, and hard work. And they watch with fear as those circumstances threaten the stability of their parents' marriage. Will the family stay together or scatter as their friends and neighbors have done? An educated ex-slave. Despite his free status, he realizes that freedom is just a word -- meaningless without respect in the eyes of the community and without the ability to interact on an equal basis with those who once were his owners. Will his freedom really liberate him or will it destroy him? America's Civil War was more than a political disaster. It was a human tragedy, and everyone - North and South, young and old, black and white, rich and poor - everyone was caught up in that broken world. Yet somehow the victims held on to the hope that love for one another could mend the tears in the fabric of their lives. These are their stories.
Toon meer Toon minder