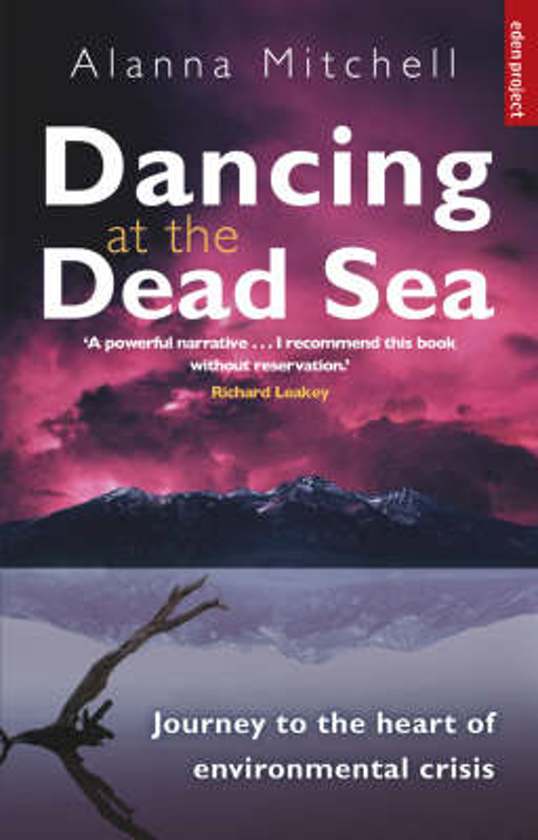 ALANNA MITCHELL is an acclaimed science journalist and author of Sea Sick: The Global Ocean in Crisis, which won the Grantham Prize for excellence in environmental journalism. She won a National Magazine Award in 2014 for a feature on the biology of extinction and in 2015 won a New York International Radio Festival Silver Medal for her science documentary on neonicotinoid pesticides. She has written for The New York Times Science section and is a contributor to CBC Radio's Quirks & Quarks. She lives in Toronto, Canada.
Alles van Alanna Mitchell
Toon meer Toon minder

After winning the Global Reuters IUCN media award for excellence in environmental reporting, Alanna Mitchell launches herself on an odyssey that takes her around the world, zeroing in on it's environmental hotspots. Travelling from Madagascar to the Middle East, from the Arctic to the Galapagos Islands, her goal is to explore how humanity can flourish without destroying the planet. She begins with a term of study at Oxford University where she studies Darwin's theories. Darwin challenged the idea that the earth and its species were created for man's benefit and succeeded in overturning the accepted view. Today, we are at a similar crossroads, one where we need to come to terms with the fact that all creation is not here for us, that we are but one species dependent on other species and planetary life-support systems for our own existence. As his theories of evolution changed the whole way of Victorian thinking, so Alanna sets out to persuade us that we can accept a similar seismic change and learn to treat our environment in a way that will prolong, rather than shorten its shelf life.
Toon meer Toon minder

'An important and uplifting read: Alanna energetically marches around the world to find out what every single one of us needs to know: what's really the state of health of our long-suffering little planet? A stirring and ultimately optimistic odyssey.' -- Benedict Allen 'Dancing at the Dead Sea is a powerful narrative on the critically important topic of the world's environmental hotspots. This is not a pessimistic tirade, but instead a factual commentary that will convince many, written by a gifted writer with an independent mind. I recommend this book without reservation.' Richard Leakey Richard Leakey 'Captivating...easily approachable and digestible while being seriously thought-provoking.' Chris Stewart Chris Stewart 'A vigorous and highly personal account...that is both illuminating and perturbing...an impressive investigative odyssey.' Penelope Lively Penelope Lively I was wonderfully transported to faraway lands, but also challenged to figure out how my own fits into the future of our world. (Monte Hummel, President, World Wildlife Fund Canada) -- Monte Hummel, President, World Wildlife Fund, Canada
Toon meer Toon minder