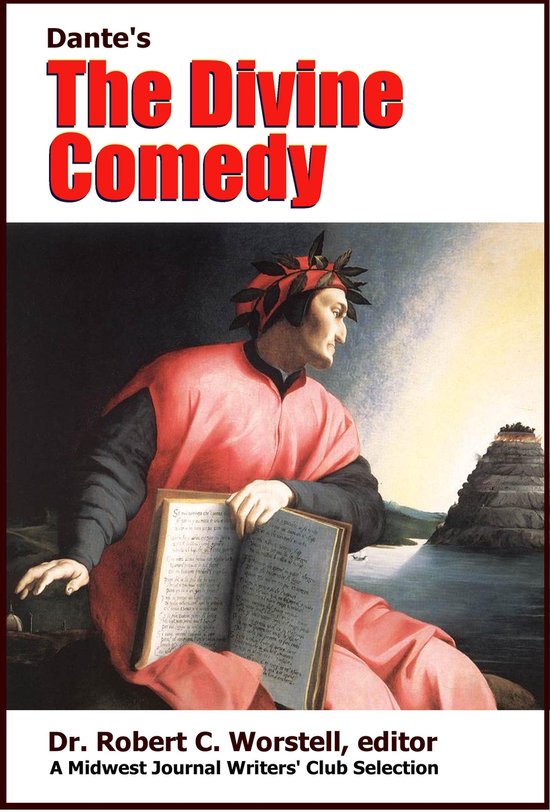 
The poem is written in the first person, and tells of Dante's journey through the three realms of the dead, lasting from the night before Good Friday to the Wednesday after Easter in the spring of 1300. The Roman poet Virgil guides him through Hell and Purgatory; Beatrice, Dante's ideal woman, guides him through Heaven. Beatrice was a Florentine woman whom he had met in childhood and admired from afar in the mode of the then-fashionable courtly love tradition, which is highlighted in Dante's earlier work La Vita Nuova.


The structure of the three realms follows a common numerical pattern of 9 plus 1, for a total of 10: 9 circles of the Inferno, followed by Lucifer contained at its bottom; 9 rings of Mount Purgatory, followed by the Garden of Eden crowning its summit; and the 9 celestial bodies of Paradiso, followed by the Empyrean containing the very essence of God. Within each group of 9, 7 elements correspond to a specific moral scheme, subdivided into three subcategories, while 2 others of greater particularity are added to total nine. For example, the seven deadly sins of the Catholic Church that are cleansed in Purgatory are joined by special realms for the Late repentant and the excommunicated by the church. The core seven sins within Purgatory correspond to a moral scheme of love perverted, subdivided into three groups corresponding to excessive love (Lust, Gluttony, Greed), deficient love (Sloth), and malicious love (Wrath, Envy, Pride). (Source: Wikipedia)


About the Author:
Durante degli Alighieri, simply referred to as Dante ( c. 1265–1321), was a major Italian poet of the Middle Ages. His Divine Comedy, originally called Commedia and later called Divina by Boccaccio, is widely considered the greatest literary work composed in the Italian language and a masterpiece of world literature.


In Italy he is known as il Sommo Poeta (''the Supreme Poet'') or just il Poeta. He, Petrarch and Boccaccio are also known as ''the three fountains'' or ''the three crowns''. Dante is also called the ''Father of the Italian language''. (Source: Wikipedia)


About the Midwest Journal Writers' Club: This was created by popular request to enable any beginning or established author to improve their skills by studying quality editions of classic bestselling fiction. Join at http://midwestjournalpress.com