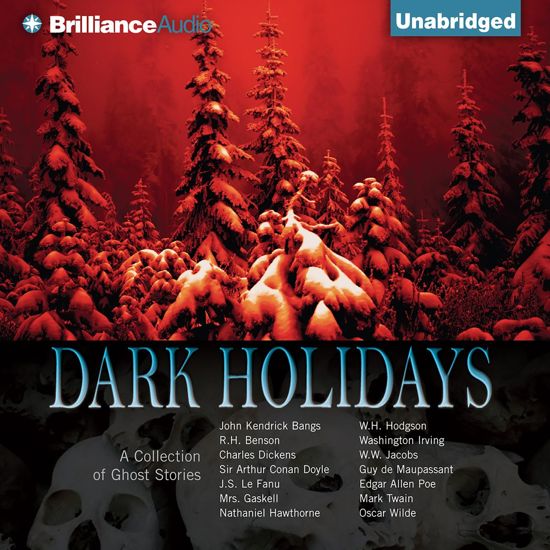 Feeling a chill amidst the warmth of the season? Sensing a shadow lurking behind the tinsel and lights? Experience the darker visions hidden within our brightest holiday. Come listen to the water ghost's story as she spends Christmas Eve haunting Harrowby Hill. Listen as Charles Dickens examines the figure which haunts ''The Signalman,'' and Edgar Allan Poe details the secret of ''The Oval Portrait.'' You'll shiver as ''The Monkey's Paw'' twitches grimly in the cold and enjoy Mark Twain's fascinating yarn about a ghostly giant warming himself at the fireplace.


Sixteen unabridged tales of spirits to playfully darken the holidays and add chill to a winter's night:

''The Water Ghost of Harrowby Hall'' by John Kendrick Bangs

''The Oval Portrait'' and ''The Black Cat'' by Edgar Allan Poe

''A Ghost Story'' by Mark Twain

''The Wolf'' by Guy de Maupassant

''The Adventures of the German Student'' by Washington Irving

''The Canterville Ghost'' by Oscar Wilde

''The Black Veil'' and ''The Signalman'' by Charles Dickens