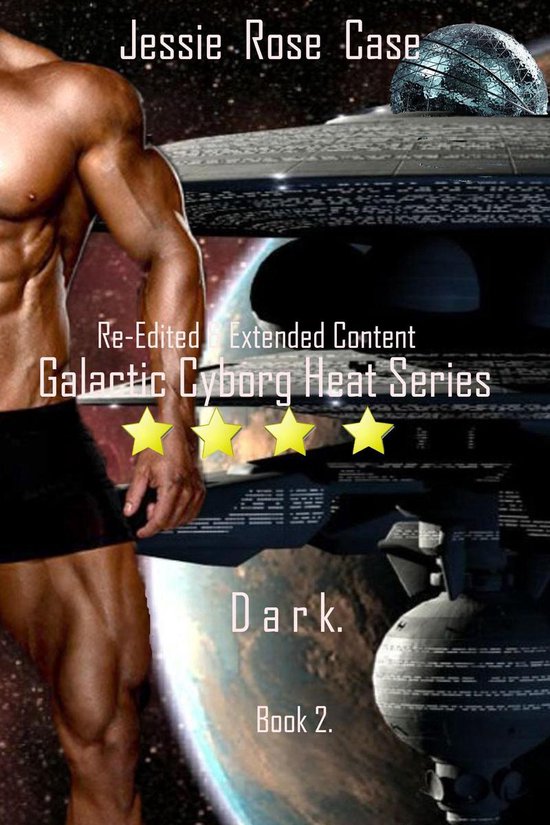 NOTE TO READERS: If you love the work of Anna Hackett and Eve Langlais you will love this. This is a sci fi romance filled with hot sex, strong dominant men and sexy females who know how to hold their own. It’s gritty, confrontational and stream will be coming out of your ears. If you’re looking for something to get those juices flowing, you just found it. Enjoy!

This novel is written mainly in British English, with Americanism’s and slang from both.

Mackensie Navarelli knew all about life. She'd had it thrown at her more than once. A child prodigy orphaned, who had been pushed and pulled all her life. Love. Who needed it? They used it to get what they wanted. And men were worse. No sex without love, that was her rule. And still it had fucked her every single time and not in a good way. WTF! It all led to pain and disaster. Trusting someone only ended up one way in her experience. With her, In the shit. The last one cost her her dream job and her savings. Well no more. She'd had it. No more being led down a path. No more miss nice. She was good at her job, dam good. No more being miss nice. She'd had it.

The bastard! The last of a long list of broken trusts. If she stayed she'd kill him. Just thinking about it made her want to break every oath she'd ever taken.

She was 28 and still as naive as ever. Would she never learn? She needed to get out of here. A fresh start to a new out post was just what the doctor ordered. They needed a specialist urgently. She could do celibacy, It couldn't be any worse. Could it? Frying pan or fire? No. She would be the master of her life ....

Dark. His chosen name for good reason. His unique Cyborg abilities allowed him to go unseen. Unheard. Deadly. He had accomplished the worst that had been asked of him without question. He'd been a life taker and a heart breaker. Females liked his size in every aspect. He'd enjoyed servicing them but felt nothing for them. No connection. No need. He was a soldier. He followed orders.

From his first kill 14 years into his creation, to the last, 57 years later. His Cyborg cybernetics preventing him from ageing beyond optimal performance, 34 years.

He was just as strong, just as deadly as the first day he breathed on his own. Now, he was free. Free to choose. Free to live. He and his brothers searched for others of their kind. Lost and broken soldiers throughout the Universe. A chance encounter for their leader led them in a direction they thought impossible. It gave them hope for a future they'd never expected. A connection to the world not have thought possible. Mates. Dark knew he would never find one. He did not understand females. Did not need them. He could pleasure them, give then what they needed and leave. He understood duty.

A raid by Pirates in their part of the Universe on a Space Station outpost of civilians, while helping the boss's new mate, had ended with the Cyborg Empire declaring itself. Bringing the power of the Cyborg Nation to their aid and the notice of the Multi-World coalition and Earth Corp.

It had been bloody and deadly. The Pirates severely out numbered and over powered. They saved what was left of the people on the Space Station and brought it into their domain. Under their protection. The people manning it decimated and those females that survived, were traumatised and damaged from days in their control

It would take years to re-build and heal, the people would need help. The Empire would make sure they got it and kill anyone who got in their way.

Mackensie, Mac to her friends, opened the door of her cabin looking for the liaison she'd expected. A mass of tall dark and deadly stood in her way. She looked up and kept going. Her body heated, her mouth dry. "Holy shit your big." Slipped out .