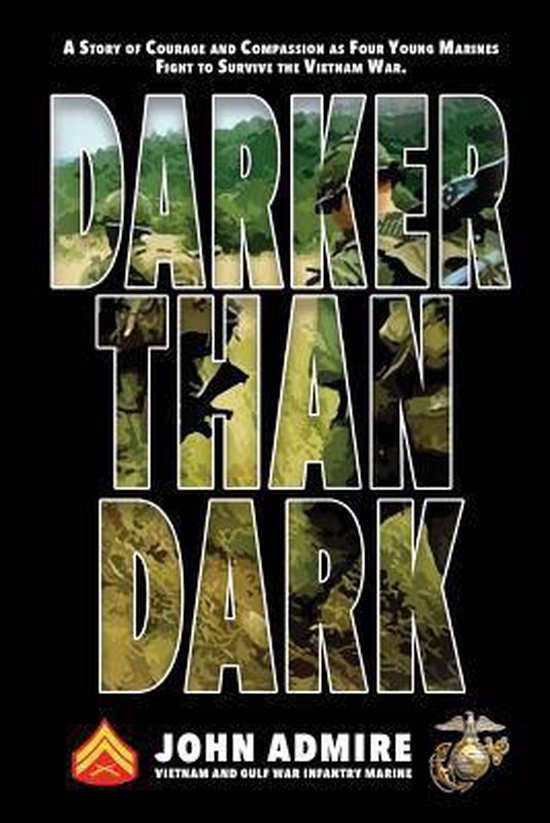 This is a story of the Vietnam War and four young Marines. It's about fighting and killing. Compassion and love, however, are defining parts of the story. The story personalizes what war does to those who fight it and what they do to survive it. Enduring and caring relationships forged in combat are as much a part of their survival, maybe more, as their combat skills. While the book is fiction, the majority is based on actual battles and personal experiences. Vietnam was a challenging war for those on the battlefield to fight as well as those on the home front to support. The conflict was a limited war and the complex nature of such war was confusing and contentious to many. The combatants' frustrations with the war's limitations and the miseries they endured are captured in the actions and thoughts of the Marines. Their story is about living and dying in combat. But it's also about the love and loyalty they share in a truly unique relationship. It's a story that testifies to the human spirit and will as well as the belief that love and friendship conquer all...even the hatreds and animosities of war. The Marines share with you their hopes and dreams as they struggle with the despairs and nightmares of Vietnam. They take you into their battles and bunkers. They acquaint you with combat's horror and humor. The story is the universal infantryman's story for most all who have fought in war-the challenge of defying death daily while fighting to survive till tomorrow. This is also, however, America's story. In the aftermath of Vietnam the consensus was that the war's true legacy would be the lessons learned from it. Vietnam was insidious as well as instructive. Today, the war on terror and the dysfunction of various states and the ideological rivalries in the international community pose serious threats to the stability and security of our world. Then, as well as now, the conflicts of our time and the future present us with challenges similar to Vietnam. We must understand them to protect our freedoms and nation and peace.
Toon meer Toon minder