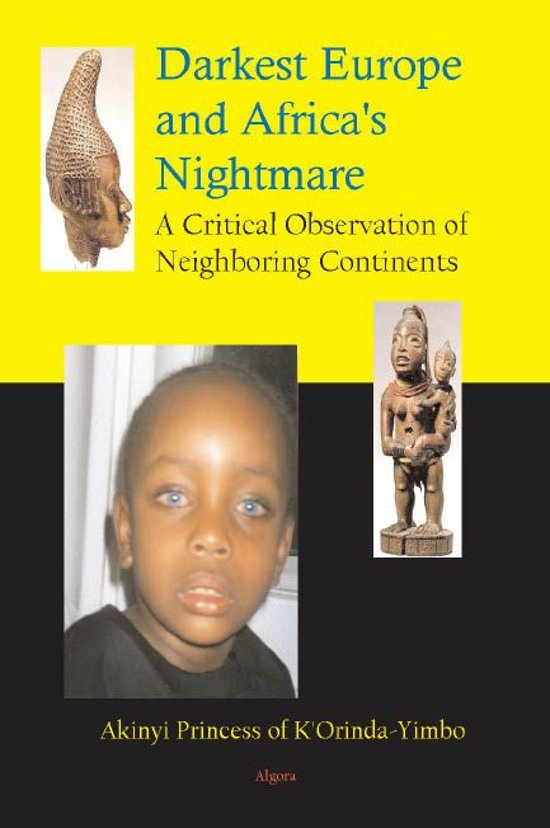 In an incisive view of the relationship between Africa and the West, the author, who holds diplomas from the London School of Economics and the London School of Journalism, suggests that the aid machinery hurts Africa more than it assists and that Westerners (and successful Africans) perpetuate the negative image of Africa to assuage their consciences as they continue to rip off a rich continent while deploring the poverty they themselves help to keep in place.
Â I seriously doubt that the Good Carpenter is happy with those vainly calling themselves Christians but acting like wolves set loose on a flock of new-born lambs,Â asserts the author. Her principle is that on which the United States of America was based: All men are created equal. Why, then, she argues, does the West preach democracy but behave very undemocratically when their Â interestsÂ are at stake?
The Western citizenry have been schooled to think that their countries are wealthy because of the sweat of their brows or the brilliance of their minds Â a belief fostered to support hegemonic delusions. The truth, the author maintains, is that they are rich because they have robbed and still rob their wealth from the rest of the world, creating Â poor countriesÂ precisely where the greatest natural wealth is found. American and European corporations, and now Chinese as well, whisk away AfricaÂ s resources to enrich their own economies and peoples.
The author looks at contemporary political, humanitarian and economic trends, assessing the World Bank, WTO, G8 and the IMF to be the long arms of the world oligarchies, primarily the USA. She analyzes the negative picture people (of North and South as well) have of Africa, and shows that those who are making huge profits out of the continent do their best to perpetuate the negative image of Africa to assuage their consciences.
She opines that the aid machinery hurts Africa more than it assists. On the other hand, the author also reprimands not only the predator politicians and elite of the continent but all Africans for their passive resignation to a fate they can change through affirmative action.
She considers NGOs a menace to Africa while serving as a job-creation blessing to the rich nations. Just as artificial, she argues, is the notion that AfricaÂ s alleged poverty and the WestÂ s staggering economic and military might could be related to skin color. She makes no bones about the collective psychic damage and self-hate so prevalent among Africans, and contrasts the political, social and intellectual apathy this has induced with the ignorance and arrogance of those of European descent.