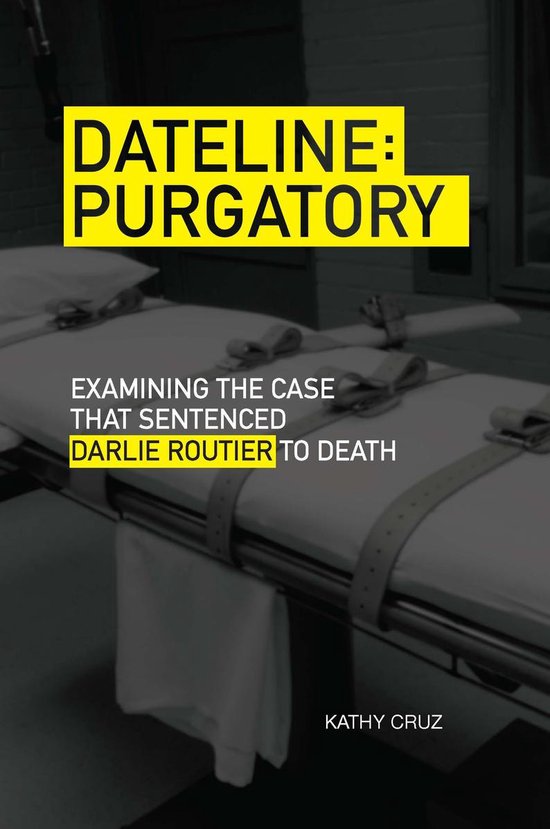 The brutal murders of young Devon and Damon Routier in the early morning hours of June 6, 1996, put their mother—Darlie Routier—at the heart of one of the most notorious murder cases in modern Texas history—despite her own throat having been slashed to within two millimeters of her carotid artery.


The actions of a small-town police department and those within Dallas County's ruthless justice system created a perfect storm that swept up the young mother and landed her on death row. There she has remained, in a nine-feet-by-six-feet cell, despite claims of her innocence by those who know her, findings about the alarming fallibility of bloodstain analysis, and her husband's admission that at the time of the murders he was soliciting help to stage a home burglary to commit insurance fraud.


In Dateline Purgatory, award-winning journalist Kathy Cruz enlists current-day legal experts to weigh in on the shocking transgressions that resulted in one of the country's most controversial death penalty convictions.

With the help of the infamous death row inmate and a former FBI Special Agent known as "Crimefighter," Cruz would find that her journey through Purgatory was as much about herself as it was about the woman dubbed "Dallas's Susan Smith."